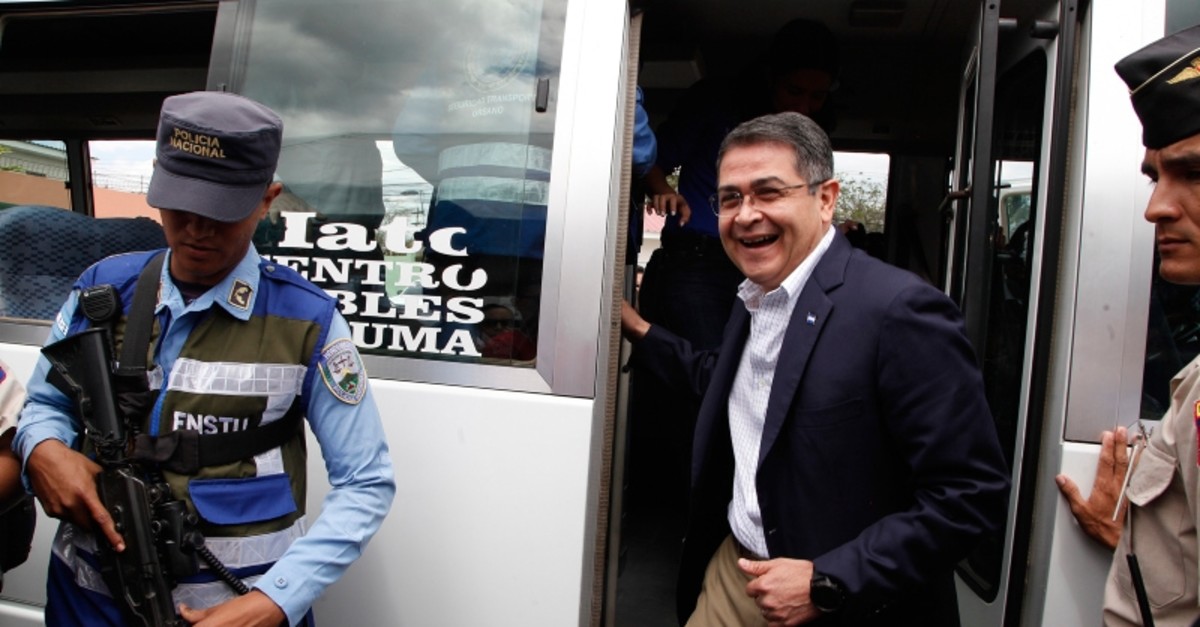 U.S. federal prosecutors have accused the Honduran government of essentially functioning as a narco-state, with the current and former presidents having received campaign contributions from cocaine traffickers in exchange for protection.

A 49-page document filed in New York's southern district on Friday refers to Honduran President Juan Orlando Hernández as a co-conspirator who worked with his brother, Juan Antonio "Tony" Hernández, and former President Porfirio Lobo "to use drug trafficking to help assert power and control in Honduras." It says that the president and his predecessor "relied on drug proceeds" to fund political campaigns and cites "evidence of high-level political corruption."

The filing comes just months after other U.S. federal court documents showed the current president and some of his closest advisers were among the targets of a Drug Enforcement Administration investigation, casting further doubt on the United States' assertion that Honduras has helped stopped the flow of drugs.

The U.S. government has been a staunch supporter of Hernández's government, pouring millions of dollars into security cooperation to stop cocaine headed to the U.S. from South America.

A spokesman for Hernández did not immediately respond to requests for comment from The Associated Press.

Specifically, prosecutors allege that Hernández used $1.5 million in drug trafficking proceeds to help secure the presidency in 2013. That campaign support came via cash bribes to Honduran officials as well as gifts and favors to local politicians, prosecutors argue. Hernández won re-election in 2017, despite term-limits in Honduras and widespread allegations of election fraud.

The filing also alludes to multiple payments of $1 million or more from drug dealers to Lobo.

Lobo's wife was arrested by Honduran officials in 2018 on charges of diverting $700,000 in public funds. His son, Fabio, was sentenced in the U.S. to 24 years in prison in 2017 for drug trafficking.

Lobo was Hernández's mentor and oversaw his rise to power.

The filing forms part of pre-trial documents in an upcoming September case against Tony Hernández, who was arrested in 2018 in Miami on charges of smuggling thousands of kilograms of cocaine into the U.S.

Prosecutors describe Tony Hernández as a "violent, multi-ton drug trafficker" with significant influence over high-ranking Honduran officials, who in turn protected his shipments and turf. They also say that members of the Honduran National Police escorted his cocaine through the country's waters and airspace, while Lobo once deployed military personnel to the nation's border with Guatemala to deter another drug trafficker from encroaching on territory in western Honduras.

On at least two occasions, prosecutors say Tony Hernández helped arrange murders of drug-trafficking rivals, one of whom he had executed by a member of the national police. That hit man was later promoted to chief of police, they say.

Tony Hernández secured a seat in the Honduran congress in 2014, presumably to avoid extradition.