Congresswoman Tlaib says grandmother advised her against trip to Israel 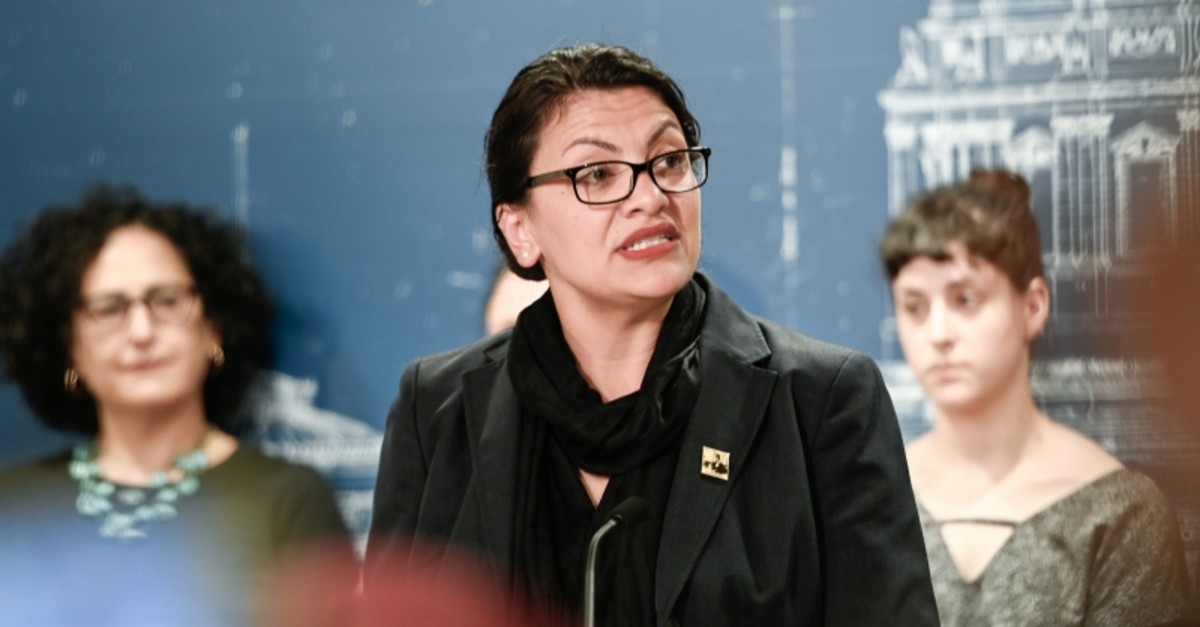 U.S. Representative Rashida Tlaib (D-MI) tells her story about travel restrictions to Palestine and Israel, during a news conference at the Minnesota State Capitol Building in St Paul, Minnesota, August 19, 2019. (Reuters Photo)
by Aug 20, 2019 2:13 am

A tearful US Congresswoman Rashida Tlaib said on Monday that her Palestinian grandmother told her last week not to visit Israel under conditions demanded by the Israeli government.

Tlaib said she had considered accepting Israeli demands to not engage in politics so that she could travel to the West Bank and visit her grandmother, who is around 90 years old.

"She said I'm her dream manifested, I'm her free bird, so why would I come back and be caged and bow down, when my election rose her head up high, gave her dignity for the first time?" Tlaib told reporters.

"And so through tears, at 3:00 in the morning, we all decided as a family that I could not go until I was a free United States congresswoman."

Tlaib and Ilhan Omar, the first two Muslim women ever elected to the US Congress, had planned a trip last week to the Jewish state and Palestinian territories, where they expected to meet with activists and officials on both sides.

But on Thursday Prime Minister Benjamin Netanyahu's government bowed to urging from President Donald Trump and barred them, accusing them of supporting a boycott against Israel.

Shortly after that, the Israelis partially reversed course and offered Tlaib alone permission to visit her grandmother if she accepted restrictions and promised not to promote the boycott.

Speaking together in Omar's hometown of St. Paul, Minnesota in their first public appearance since the trip's cancellation, Tlaib and Omar accused Israel of bowing to Trump and trying to hide the reality of the Palestinian situation.

Tlaib pointed out that it is common for US lawmakers to visit Israel and meet a wide range of activists.

"What is not common occurrence is members of Congress being barred from entering a country on these fact-finding missions unless they agree to strict set of rules," she said.

"It is unfortunate that Prime Minister Netanyahu is apparently taking a page out of Trump's book, and even direction from Trump, to deny this opportunity," she said.

Omar called the decision to ban the two of them "nothing less than an attempt by an ally of the United States to suppress our ability to do our jobs as elected officials."

Referring to the $3 billion in aid the US gives to Israel each year, Omar said, "this is predicated on their being an important ally in the region and the only democracy in the Middle East."

"But denying visit to duly elected members of Congress is not consistent with being an ally."

She blasted Trump for using the visit as a political cudgel against them and the Democrats.

"We know Donald Trump would love nothing more than to use this issue to pit Muslims and Jewish Americans against each other," Omar said.