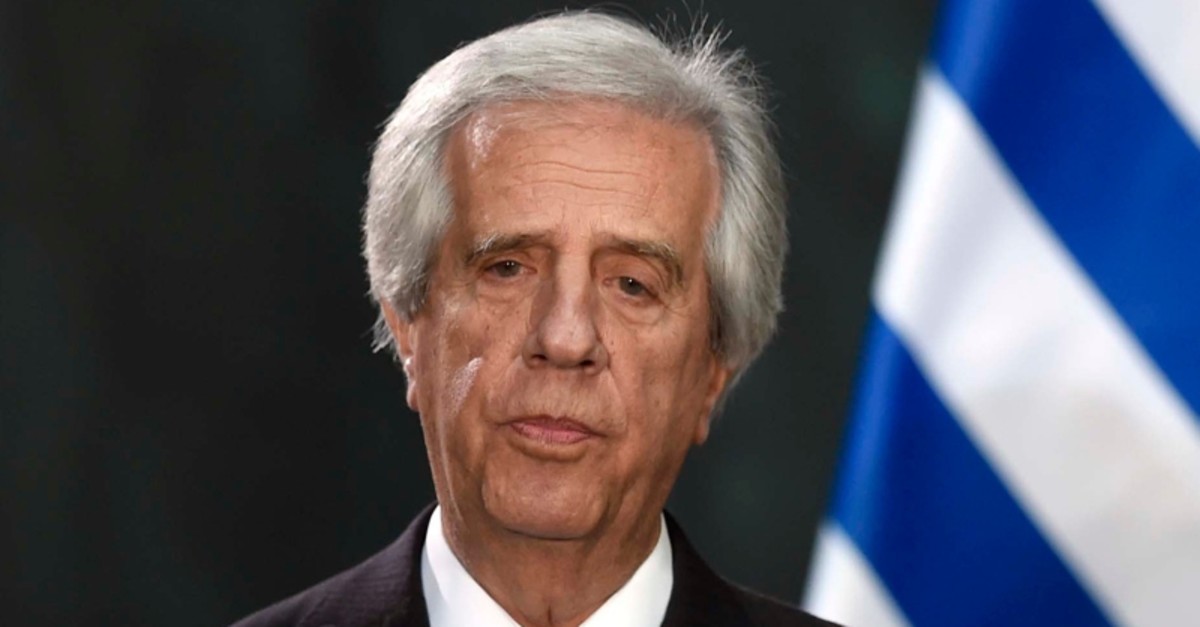 In this file picture taken on November 14, 2017 Uruguayan President Tabare Vazquez speaks during a message to medias at the National Palace in Mexico City (AFP Photo)
by French Press Agency - AFP
Aug 23, 2019 9:38 pm

Uruguay's President Tabare Vazquez, a physician who has campaigned against the influence of big tobacco companies, is being treated for a malignant lung tumor, his office said Friday.

Vazquez, a 79-year old oncologist in his second term as president, announced last week that the tumor -- discovered during a routine check-up -- was likely cancerous.

Citing a medical report, his office said Friday that "the presence of a malign tumor has been confirmed."

The statement did not say if the president, whose term ends in March 2020, would step down while undergoing treatment.

Vazquez led his leftist Frente Amplio party to power in 2005 at the start of his first five-year term in office. He was elected again in 2015.

Uruguay in 2006 became the first Latin American country to ban smoking in public spaces, and only the fifth worldwide.

Vazquez increased taxes on cigarettes, restricted sales so that manufacturers could no longer sell multiple varieties of a brand, and introduced a groundbreaking law mandating that graphic health warnings cover 80 percent of cigarette packages.

US giant Philip Morris sued Uruguay, arguing that its cigarette regulations were excessive, and sought damages for lost profits.

The International Center for Settlement of Investment Disputes (ICSID) of the World Bank dismissed the claims in 2016 and ordered Philip Morris to pay $7 million to the South American country.