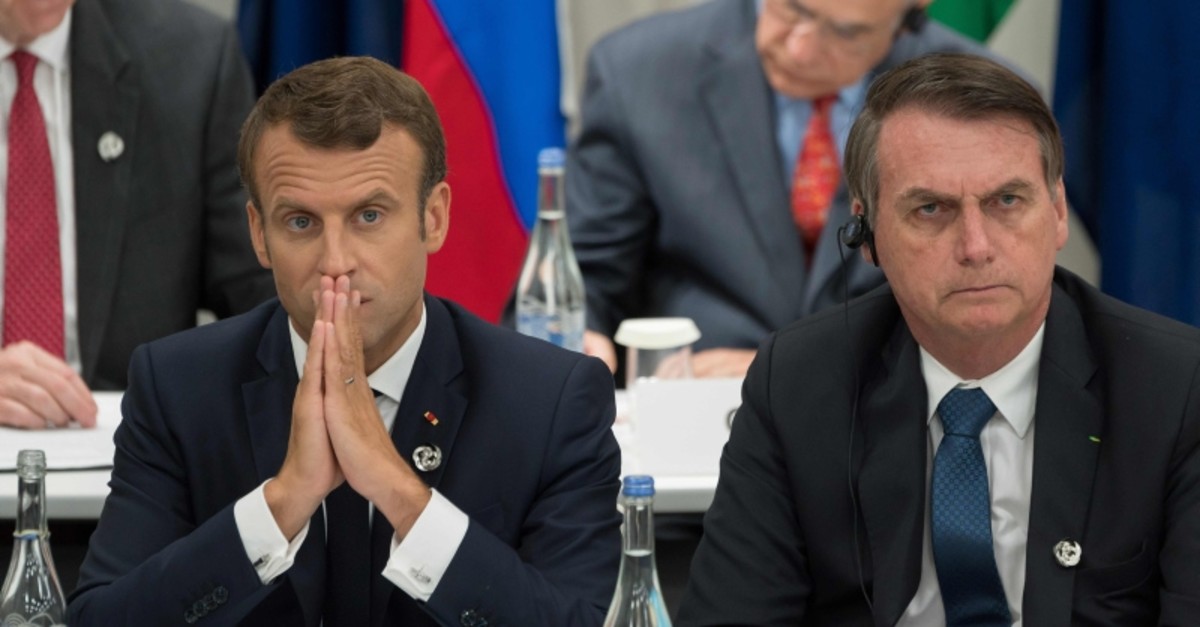 Bolsonaro on Tuesday said Macron had called him a liar and he accused the French president of questioning Brazil's sovereignty amid tensions over fires sweeping the Amazon region.

Bolsonaro insisted that Macron has to retract some of his comments "and then we can speak."

Macron has questioned Bolsonaro's trustworthiness and commitment to protecting biodiversity.

The Group of Seven nations has pledged $20 million to help fight the flames in the Amazon and protect the rainforest, in addition to a separate $12 million from Britain and $11 million from Canada.

Brazil on Monday rejected the aid from G-7 countries, with a top official telling Macron to take care of "his home and his colonies."

More than 80,000 forest fires have broken out in Brazil since the beginning of the year — just over half of them in the massive Amazon basin that regulates part of Earth's carbon cycle and climate.

"We appreciate (the offer), but maybe those resources are more relevant to reforest Europe," Onyx Lorenzoni, chief of staff to Bolsonaro, told the G1 news website.

"Macron cannot even avoid a foreseeable fire in a church that is a world heritage site," he added, referring to the fire in April that devastated the Notre-Dame cathedral. "What does he intend to teach our country?"

The blazes have fueled a diplomatic spat between Bolsonaro and Macron, who have locked horns repeatedly over the past week.

The French president has threatened to block a huge new trade deal between the European Union and Latin America unless his Brazilian counterpart takes serious steps to protect the fast-shrinking forest from logging and mining.

Bolsonaro reacted by blasting Macron for having a "colonialist mentality," and days later endorsed vicious personal comments about the French president's wife posted online, driving their relationship to a new low.

In another sign of tension, Bolsonaro skipped a meeting last month with visiting French Foreign Minister Jean-Yves Le Drian, saying that he had instead gone to the hairdresser.