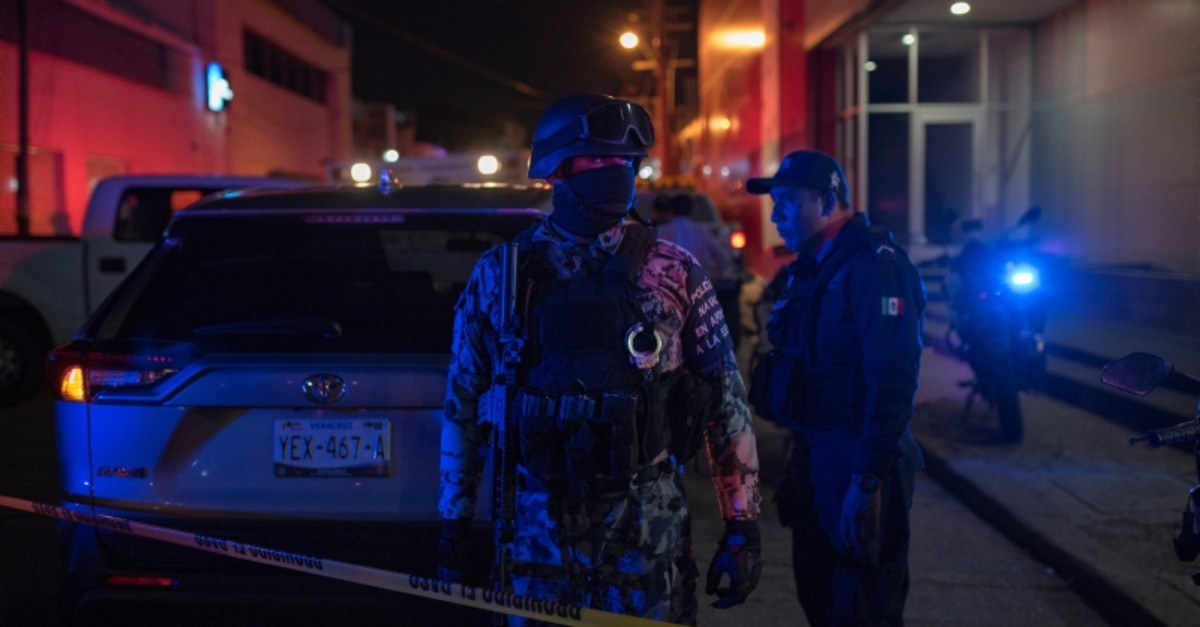 An attack on a bar in Mexico's Gulf coast city of Coatzacoalcos killed 25 people and injured about a dozen, officials said Wednesday, and they said it was apparently overseen by a man who had been recently arrested but released.

"The criminals went in, closed the doors, the emergency exits, and set fire to the place," President Andrés Manuel López Obrador said at his daily morning news conference.

Veracruz state police said the Tuesday night attack targeted the "Bar Caballo Blanco," though the bar's name was in English on a sign outside: "The White Horse Nightclub." It advertised "quality, security and service," private rooms for $7.50 "all night," ''sexy girls" and a pole dance contest.

It is located just off a busy commercial street in Coatzacoalcos, a city whose main industry has long been oil and oil refining.

"This is the most inhuman thing possible," López Obrador said.

López Obrador said local prosecutors should be investigated because "the alleged perpetrators had been arrested, but they were freed."

Gov. Cuitláhuac García identified the chief suspect as a man known as "La Loca" and gave his name as Ricardo "N'' because officials no longer give the full names of suspects.

García said the man had been detained by marines in July, but was released after being turned over to the state prosecutor's office.

"In Veracruz, criminal gangs are no longer tolerated," García wrote of the attack, adding that police, the armed forces and newly formed National Guard are searching for the attackers.

Photos of the scene showed tables and chairs jumbled around, with the bodies of semi-nude women lying amid the debris.

Prosecutors initially said the fire killed eight women and 15 men and injured 13 people. López Obrador said the death toll had risen to 25, but did not specify the gender of the victims or the number of injured. There was no immediate information on their condition.

The attack came almost eight years to the day after a fire at a casino in the northern city of Monterrey killed 52 people. The Zetas drug cartel staged that 2011 attack to enforce demands for protection payments.

The Zetas, now splintered, have also been active in Coatzacoalcos.

The attack, along with the killing of 19 people in the western city of Uruapan earlier this month, is likely to renew fears that the rampant violence of the 2006-2012 drug war has returned.