US to keep 8,600 soldiers in Afghanistan if deal with Taliban reached, Trump says 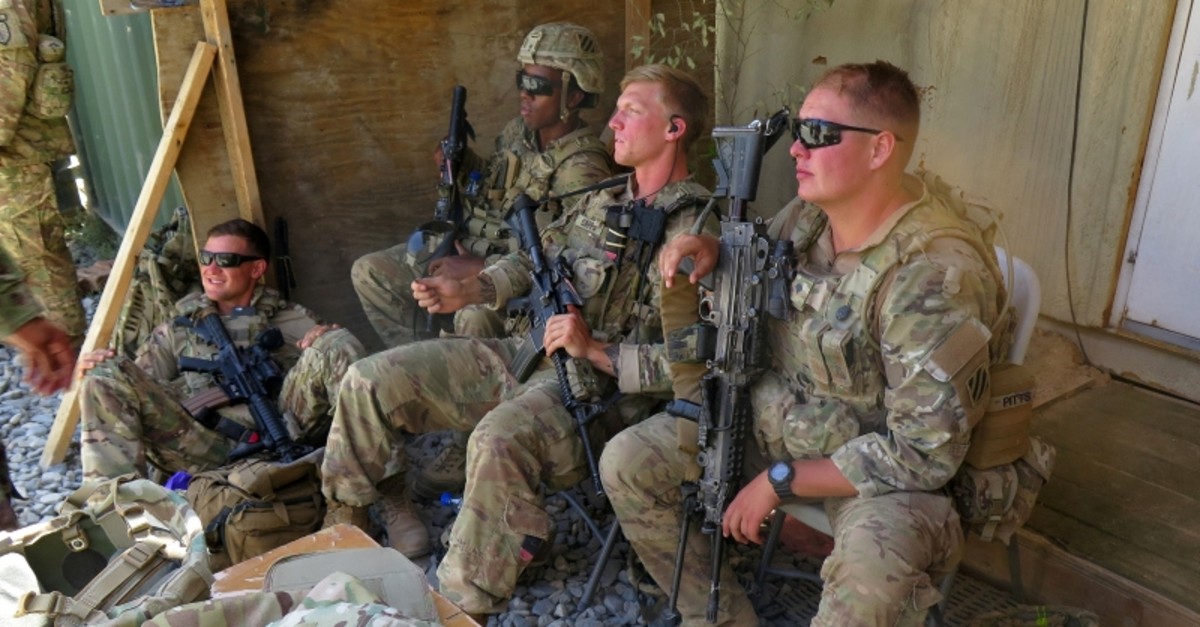 President Donald Trump on Thursday said that U.S. troop levels will drop to 8,600 if a peace deal is reached with the Taliban and that a permanent presence will remain.

"We're going down to 8,600 and then we make a determination from there," Trump said in an interview with Fox News radio. "We're always going to have a presence."

Trump also said that if an attack on the U.S. originated from Afghanistan "we would come back with a force like... never before."

The Taliban said they are "close" to a deal with the U.S. that would see the Pentagon slash troop numbers in Afghanistan.

The foes have been meeting in Doha to put the final touches on a historic deal that would see the Taliban make various security guarantees in return for a sharp reduction in the 13,000 or so U.S. troops based in Afghanistan.

"We are close to an agreement. We hope to bring good news for our Muslim and freedom seeking nation soon," Taliban spokesman Zabihullah Mujahid tweeted.

In Washington, General Joseph Dunford, chairman of the Joint Chiefs of Staff and America's most senior uniformed officer, sounded a note of caution, telling reporters he was not yet using the word "withdrawal" to describe the deal.

Defense Secretary Mark Esper, standing next to Dunford, also said a deal with the Taliban must guarantee that Afghanistan "is no longer a safe haven for terrorists to attack the United States."

U.S. troops were first sent to Afghanistan after the Sept. 11, 2001 terror attacks on U.S. soil carried out by al-Qaida, which was sheltered by the former Taliban regime.

Washington now wants to end its military involvement and has been talking to the Taliban since at least 2018.

The agreement will center on the U.S. withdrawing troops in exchange for a Taliban guarantee that Afghanistan will not be used as a terrorist safe haven, talks with the Afghan government, and an eventual ceasefire.