Palestinian freshman denied entry to US arrives at Harvard 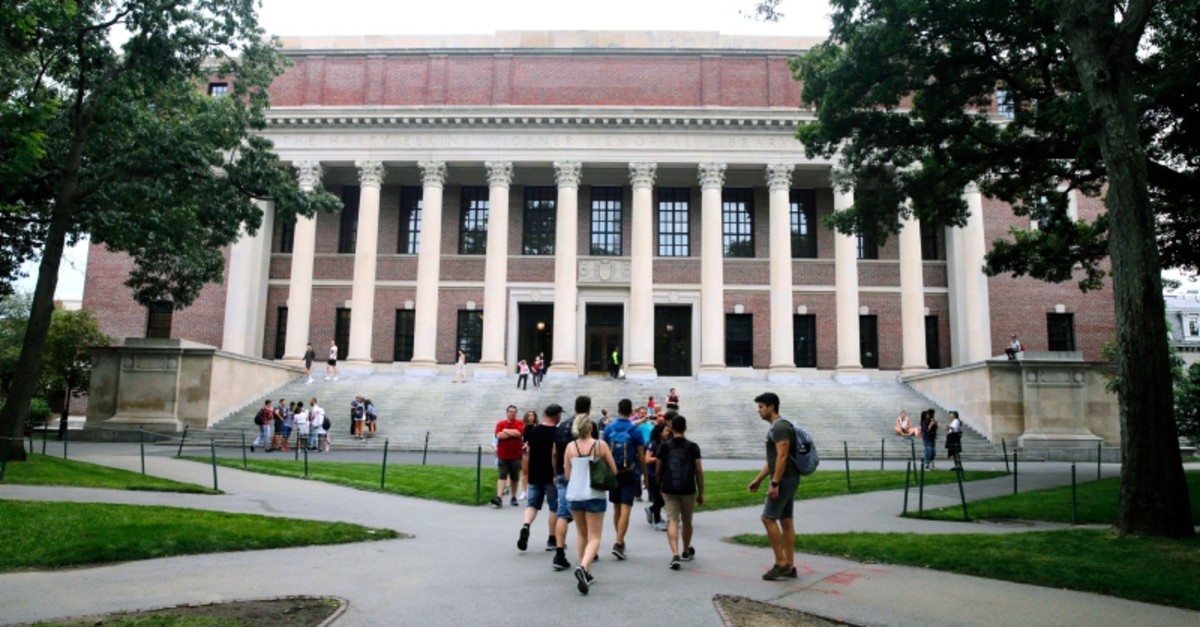 In this Aug. 13, 2019 file photo, students walk near the Widener Library in Harvard Yard at Harvard University in Cambridge, Mass. (AP Photo)
by Compiled from Wire Services Sep 03, 2019 3:51 pm

A Palestinian student originally denied entry to the United States just days before he was scheduled to start classes at Harvard University has been admitted to the country.

The family of Ismail Ajjawi, who currently lives in Lebanon, in a statement Monday said "We truly appreciate the efforts of so many individuals and officials in Lebanon, Washington, Massachusetts and at Harvard that have made it possible for our son Ismail Ajjawi to begin his studies at Harvard."

Amideast, a nonprofit that awarded Ajjawi a scholarship, said the U.S. Embassy in Beirut reviewed Ajjawi's case and re-issued his visa.

Ajjawi was denied entry Aug. 23 after spending eight hours in Boston Logan International Airport. The 17-year-old freshman said the denial had to do with politically oriented social media posts by friends.

After five hours of searching his phone and laptop, Ajjawi said that an officer called him into a room and "started screaming at me."

"She said that she found people posting political points of view that oppose the U.S. on my friend list," he said in the statement to the Crimson.

Ajjawi said that he protested that the comments came from friends and that he never posted his own political views but said his visa was nonetheless canceled and he was sent home.

The U.S. Customs and Border Protection agency confirmed that it refused entry to Ajjawi but said it could not provide specific information due to reasons of privacy and law enforcement.

"This individual was deemed inadmissible to the United States based on information discovered during the CBP inspection," said Michael McCarthy, a spokesman for the agency.