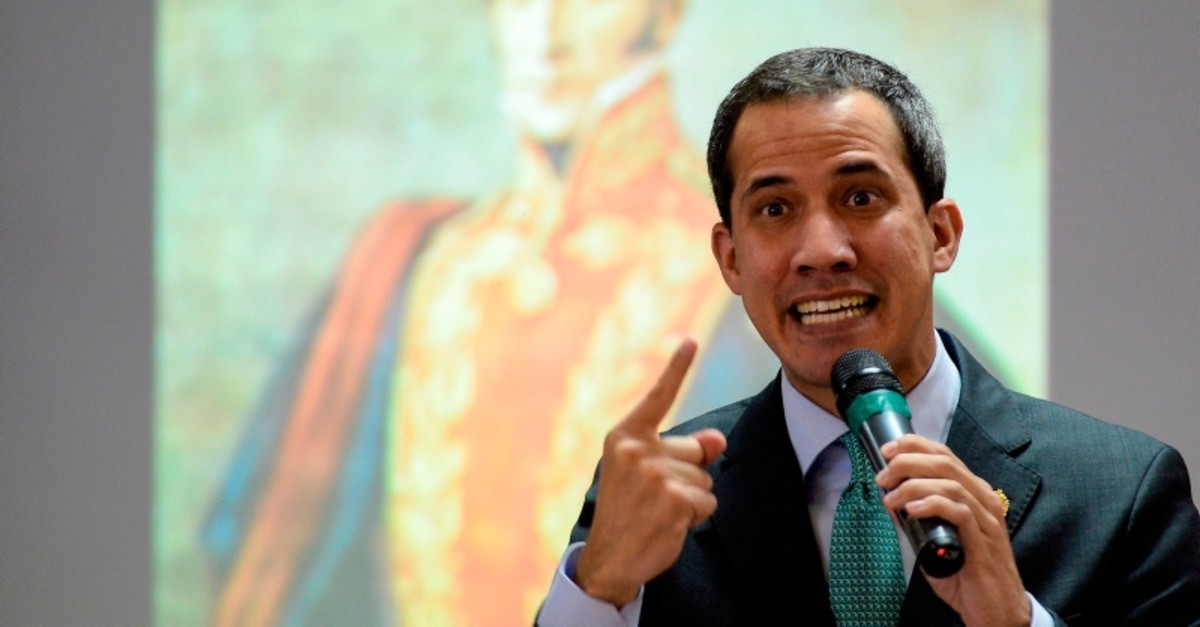 Venezuelan prosecutors said Friday they would charge opposition leader Juan Guaido with "high treason" for planning to renounce the country's claim to a disputed border area controlled by Guyana.

Guaido, the National Assembly speaker who is recognized as president by more than 50 countries, is being investigated for negotiating to renounce "the historical claim our country has on the territory of Esequibo," Attorney General Tarek William Saab told reporters.

Speaking on Venezuelan state TV, Tarek William Saab said Guaido is suspected of negotiating over the disputed Essequibo region with Guyana in exchange for foreign support.

Guaido "participated in illegal negotiations, behind the back of the country, meant to withdraw Venezuela's historical claim on the Esequibo territory, in exchange for political support from the United Kingdom for a nonexistent presidency in charge," Saab said.

Esequibo is managed by Guyana but Venezuela has claimed it based on a 1966 agreement.

To support her claims, Rodriguez referred to a phone conversation between Guaido advisers accused of working for the U.S. where they supposedly plot over delivery of the territory.

Since the beginning of this year, Venezuela has been embroiled in political unrest as Guaido and President Nicolas Maduro vie for power amid a dire economic crisis.

Guaido in January proclaimed himself Venezuela's interim president, in a move recognized by more than 50 countries, including the U.S.

But Venezuelan state institutions, the military, and many countries including Russia, China, Iran, and Turkey have put their weight behind Maduro, who was re-elected last year.