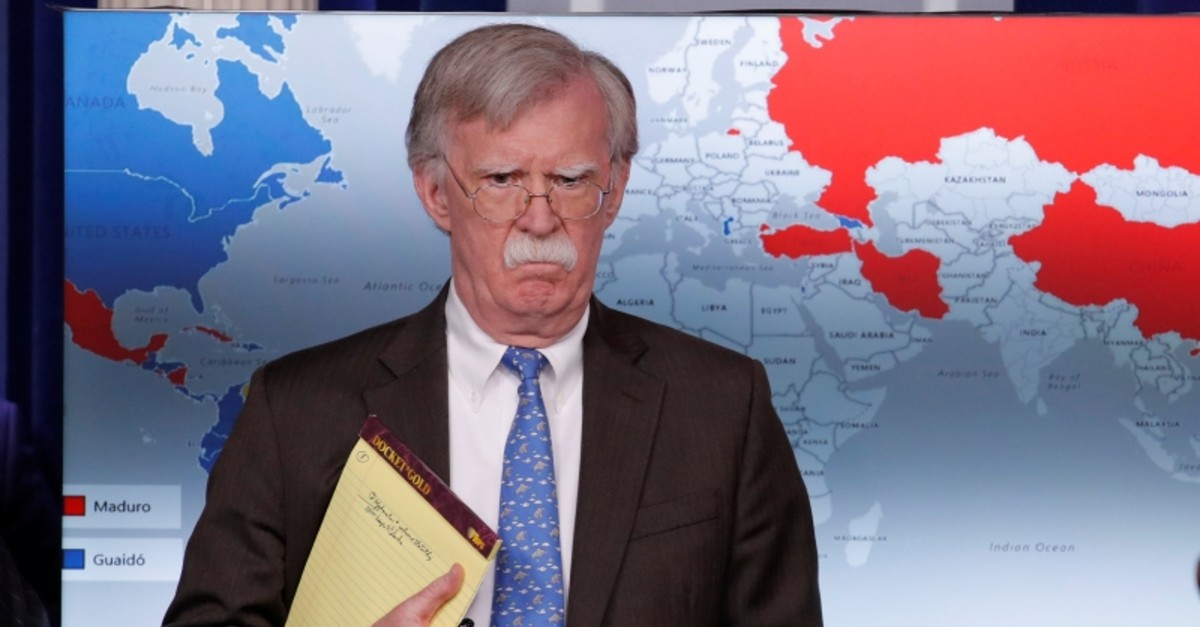 "I informed John Bolton last night that his services are no longer needed at the White House," Trump tweeted late Tuesday. His tweet did not go without an objection, as Bolton refuted him.

"I offered to resign last night and President Trump said, 'Let's talk about it tomorrow'," Bolton said in a tweet.

Trump previously said that he was at odds with Bolton, as he repeated in the tweet chain.

"I disagreed strongly with many of his suggestions, as did others in the Administration, and therefore, I asked John for his resignation, which was given to me this morning. I thank John very much for his service," he added.

"I will be naming a new National Security Advisor next week."

As often in the Trump presidency, the abrupt reshuffle appeared to contain an element of chaos. Trump's tweeted announcement came shortly after the White House press office had said Bolton would shortly be giving a press conference on terrorism issues alongside Secretary of State Mike Pompeo and Treasury Secretary Steven Mnuchin in a briefing.

The news came days after Trump caused an uproar by revealing he was canceling secret talks with Afghanistan's Taliban.

Bolton, who took up the post in April 2018, replacing H.R. McMaster, had sometimes been at odds with Secretary of State Mike Pompeo, one of Trump's main loyalists.

Bolton was always an unlikely pick to be Trump's third national security adviser, with a world view seemingly ill-fit to the president's isolationist "America First" pronouncements. Trump had sometimes joked about Bolton's image as a warmonger, reportedly saying in one Oval Office meeting that "John has never seen a war he doesn't like."

His espoused hawkish foreign policy views date back to the Reagan administration and became a household name over his vociferous support for the Iraq War as the U.S. ambassador to the U.N. under George W. Bush. Bolton even briefly considered running for president in 2016, in part to make the case against the isolationism that Trump would come to embody.

He had recently been seen as one of the main driving forces in the White House's muscular approach to Iran, Venezuela, North Korea and other trouble spots.

Inside the administration, Bolton advocated caution on the president's whirlwind rapprochement with North Korea and against Trump's decision last year to pull U.S. troops out of Syria. He masterminded a quiet campaign inside the administration and with allies abroad to convince Trump to keep U.S. forces in Syria to counter the remnants of the Daesh terrorist group and Iranian influence in the region.