Trump blasts Powell, Fed as 'boneheads', calls for rates to be cut to zero 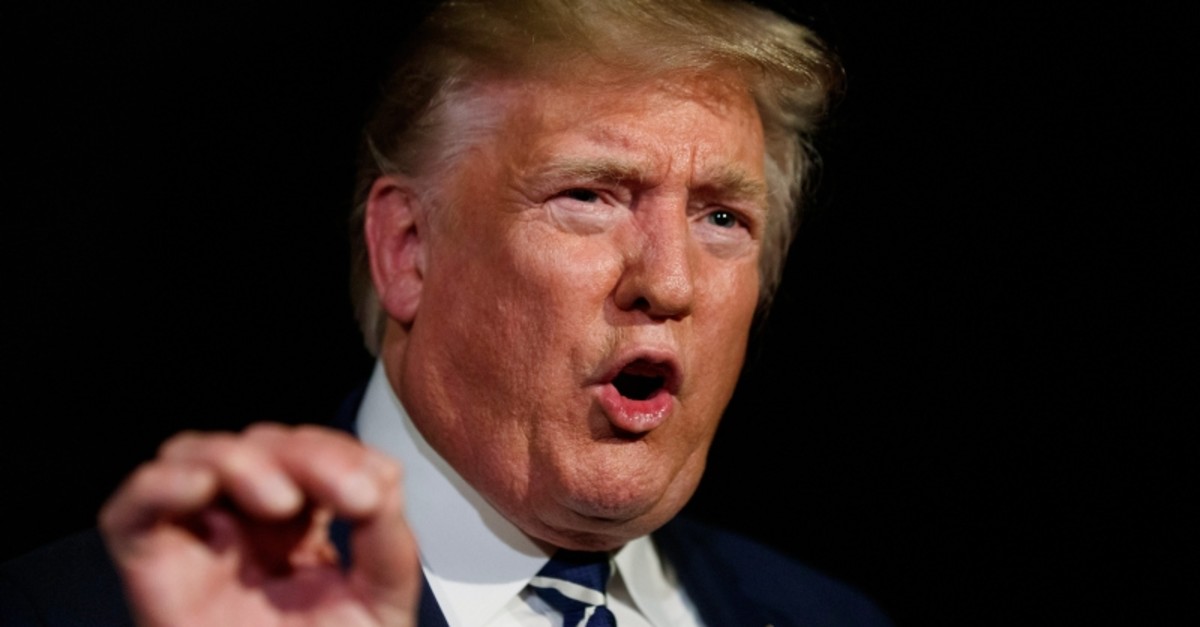 In this Aug. 23, 2019, file photo, President Donald Trump speaks with reporters as he walks to Marine One on the South Lawn of the White House, in Washington. (AP Photo)
by Sep 11, 2019 3:36 pm
President Donald Trump said the U.S. was missing out economically because "Boneheads" at the Federal Reserve won't lower interest rates at his insistence.

The Fed is meeting next week and is expected to trim its benchmark rate by another quarter point after cutting the rate for the first time in a decade in July. Trump has been pressuring Fed chairman Jerome Powell to drop rates to zero. The rate currently is in a range of 2% to 2.25%.

"We should then start to refinance our debt. INTEREST COST COULD BE BROUGHT WAY DOWN, while at the same time substantially lengthening the term," he added.

"It is only the naivete of Jay Powell and the Federal Reserve that doesn't allow us to do what other countries are already doing. A once in a lifetime opportunity that we are missing because of 'Boneheads.'"

As it becomes increasingly apparent that the U.S. economy has slowed in 2019, Trump has publicly berated Fed chair Jerome Powell and the central bank for failing to loosen monetary policy fast enough.

Investors overwhelmingly expect the Fed to deliver a 25-basis-point cut to interest rates as the global economy slows and the U.S.-China trade war drags into its second year.

The Fed cut the benchmark interest rate in July for the first time in more than a decade, partly as insurance against the impact of trade uncertainties on the economy.

Powell has vowed to act to ensure that American economic expansion continues, but warned the central bank has no "rulebook" for dealing with the U.S.-China trade war.

"We have the great currency, power, and balance sheet," Trump said in announcing that the "Federal Reserve should get our interest rates down to ZERO, or less."

While the Fed is not expecting a recession, trade frictions — as well as slower global growth and persistently low inflation — are among the "significant risks" that policy makers are watching, the Fed chair said during a conversation at the University of Zurich on Friday.

The U.S. economic landscape has shifted this year, as business investment has weakened noticeably, manufacturing has fallen into decline and job creation has slowed.

The Fed chair noted, however, that unemployment had remained near historic lows for about 18 months while wages were rising, fueling consumer spending.

Powell, whom Trump promoted to Fed chairman last year, has come under repeated attacks from the president but has reiterated that he and his Fed colleagues ignore such comments when they set monetary policy.