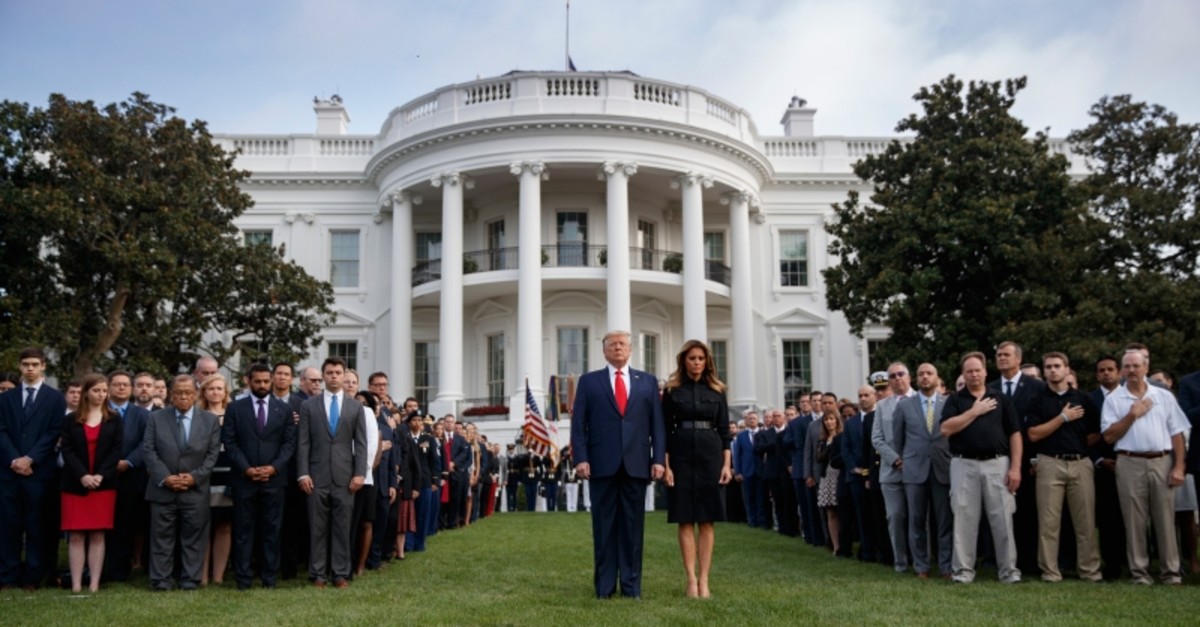 US President Donald J. Trump (L) and First Lady Melania Trump observe a moment of silence on the 18th anniversary of the 9/11 terrorist attacks at the White House in Washington, D.C. (EPA Photo)
by Daily Sabah with AA Sep 12, 2019 5:46 pm

An investigation by the FBI and other U.S. agencies concluded that Israel was responsible for the act, according to a Politico report based on three former U.S. officials familiar with the matter.

"It was pretty clear that the Israelis were responsible," one U.S. official told the Politico on condition of anonymity.

A spokesperson from the Israeli embassy in the U.S. immediately denied the allegations and called them "absolute nonsense."

Trump administration has not made any statement yet.

The report noted that the U.S. government acknowledged in 2018 that the aforementioned devices were found near the White House and other locations in the capital.