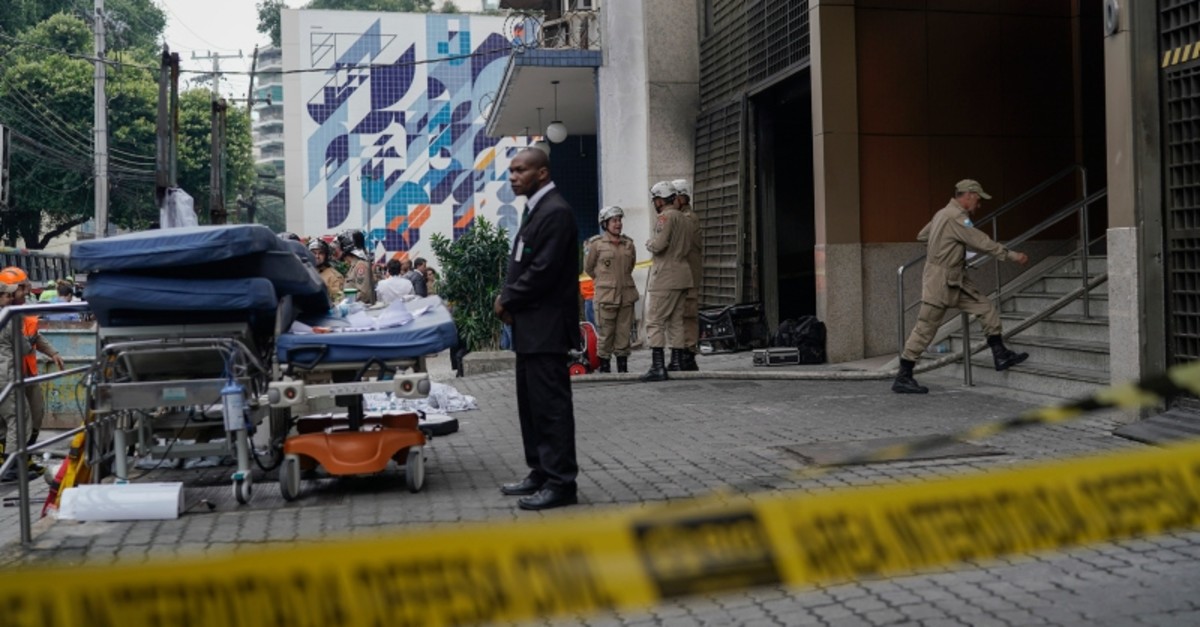 A fire raced through a hospital in Rio de Janeiro, forcing staff to wheel patients into the streets on beds or in wheelchairs and leaving at least 11 people dead, Brazilian officials said Friday.

Four firefighters were hospitalized after battling the overnight blaze at Badim Hospital and about 90 patients were transferred to other hospitals, according to the fire department. Authorities are investigating the cause of the blaze.

Medical workers in surgical masks rolled equipment in the road as smoke billowed from the building after fire broke out Thursday night. Television images showed staff tending to patients sitting in wheelchairs with IV poles beside them in the street, some on sheets and mattresses. Elderly and intensive care patients were among those rescued.

In the chaos, distraught relatives tried to track down patients, unsure of whether they had perished in the fire or had been transferred to another medical facility.

Standing near ambulances, a woman told Brazil's GloboNews television that she couldn't find her 76-year-old mother, who was hospitalized after suffering several strokes.

"She can't speak properly. I need to find my mother, but no one is giving any information," said the woman, identified by the news channel as Tania Ferreira. "I'm here, stuck, and what do I do? Where do I run to? Where do I go? Can someone tell me? I'm desperate."

A rope made from bedsheets and used in an attempt to escape the fire was still hanging from an upper floor window of the hospital on Friday morning.

A social worker and other Badim Hospital staff are assisting relatives of patients, the hospital said Friday.

The hospital is in a middle-income neighborhood and a short walk from Maracana stadium, which was used for World Cup soccer matches, the 2016 Rio Olympics and also Copa America soccer fixtures this year.