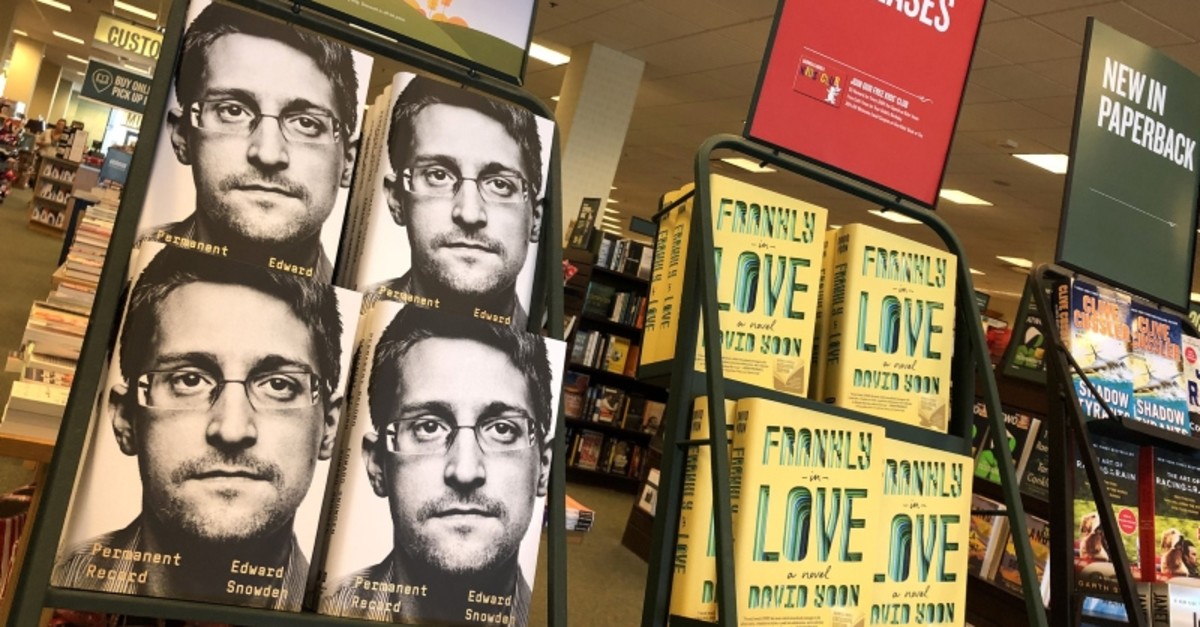 Newly released ,Permanent Record, by Edward Snowden is displayed on a shelf at a Barnes and Noble bookstore on September 17, 2019 in Corte Madera, California. (AFP Photo)
by Associated Press Sep 17, 2019 11:10 pm
The U.S. government filed a lawsuit Tuesday against former National Security Agency contractor Edward Snowden, alleging he violated nondisclosure agreements by publishing a memoir without giving the government an opportunity to review it first.

The Justice Department is seeking to "recover all proceeds" from Snowden's book, which was released Tuesday.

Snowden published his book , "Permanent Record," without submitting it for a pre-publication review, in violation of non-disclosure agreements he signed with both the NSA and the Central Intelligence Agency, the Justice Department alleges.

In his memoir, Snowden tells his life story in detail for the first time and explains why he chose to risk his freedom to become perhaps the most famous whistleblower of all time. It offers an expansive account of how he came to reveal secret details about the government's mass collection of emails, phone calls and Internet activity in the name of national security.

Snowden was charged under the U.S. Espionage Act. He now lives in Russia in order to avoid arrest.

"The United States' ability to protect sensitive national security information depends on employees' and contractors' compliance with their non-disclosure agreements, including their pre-publication review obligations," Assistant Attorney General Jody Hunt said in a statement. "We will not permit individuals to enrich themselves, at the expense of the United States, without complying with their pre-publication review obligations."

Snowden's attorney, Ben Wizner, of the American Civil Liberties Union, said the book does not contain any secrets that haven't previously been reported by news outlets.

"Had Mr. Snowden believed that the government would review his book in good faith, he would have submitted it for review. But the government continues to insist that facts that are known and discussed throughout the world are still somehow classified," Wizner said in a statement.

The ACLU and the Knight First Amendment Institute filed a lawsuit earlier this year challenging the constitutionality of the government's pre-publication review process, arguing that it gives the government too much power to suppress free speech.