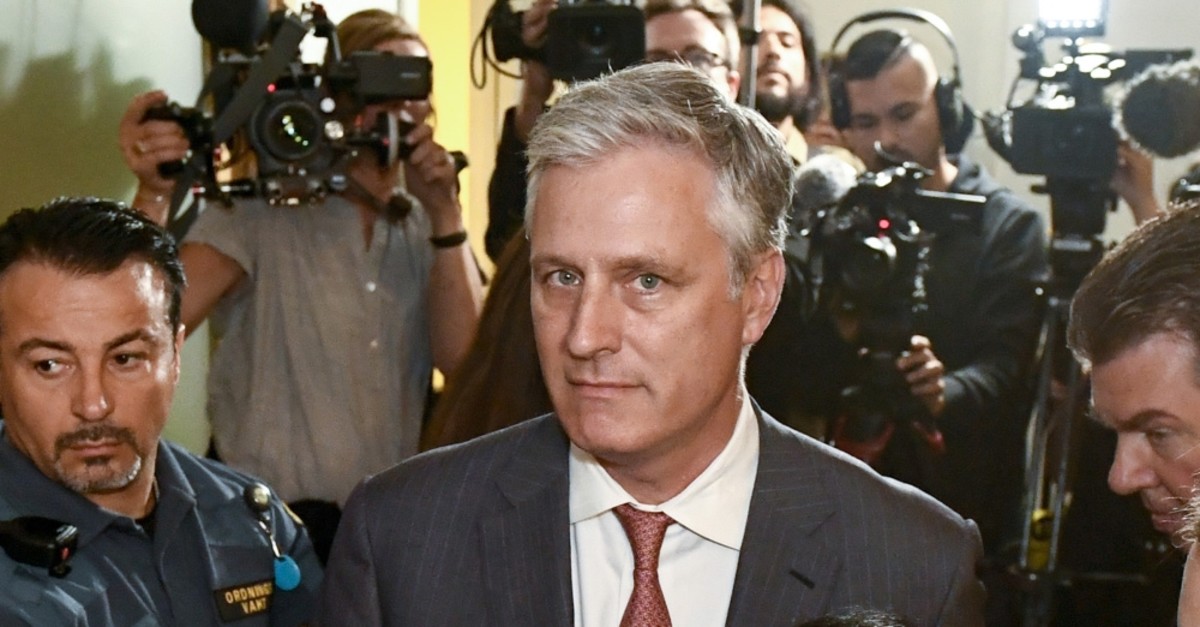 U.S. President Donald Trump said yesterday he's naming hostage negotiator Robert O'Brien as his fourth national security adviser. "I am pleased to announce that I will name Robert C. O'Brien, currently serving as the very successful Special Presidential Envoy for Hostage Affairs at the State Department, as our new National Security Advisor," Trump said. "I have worked long & hard with Robert. He will do a great job!" O'Brien, currently a presidential envoy for hostage affairs at the U.S. Department of State, has a long history in Republican foreign policy circles.

The announcement of O'Brien's selection comes a week after the Republican president ousted John Bolton from the national security adviser's post, citing policy disagreements. Trump's choice of John Bolton as national security adviser in 2018 reflected the embracing of more hard-line policies in the U.S., especially regarding his pronouncements, typically in the form of calls to bomb countries like Iran and North Korea.

He was a strong supporter of the Iraq war and an advocate for aggressive use of American power. A leading foreign policy hawk, Bolton was widely known to have pressed the Republican president not to let up pressure on North Korea despite diplomatic efforts. He had also argued against the president's suggestions of a possible meeting with the Iranian leadership and advocated a tougher approach on Russia and, more recently, Afghanistan.