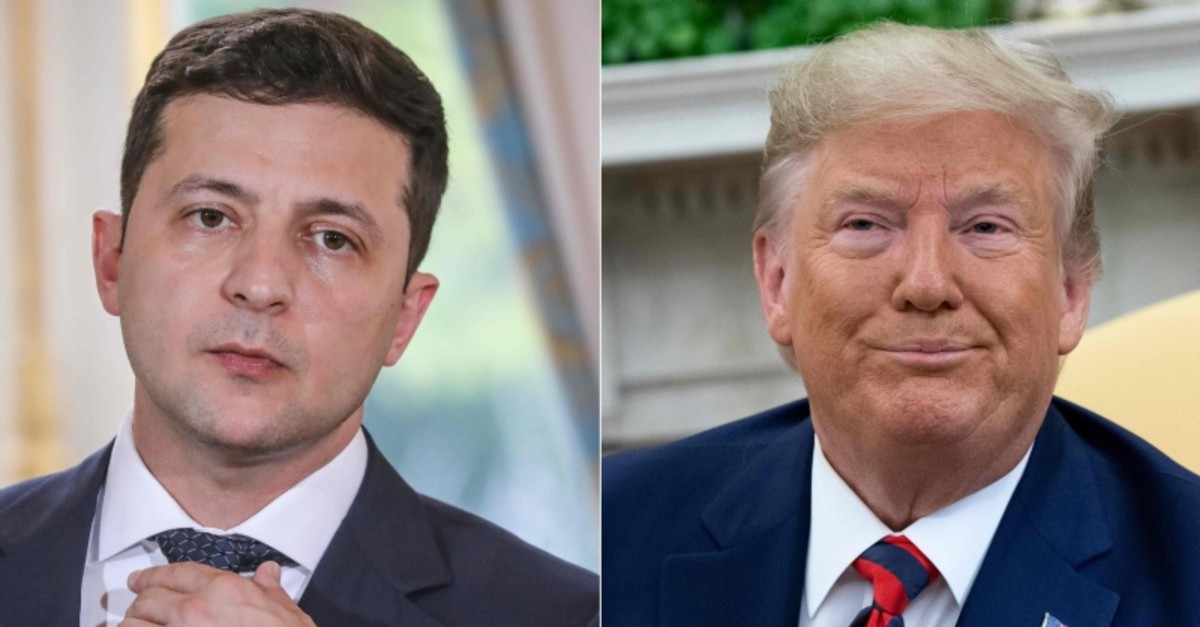 This combination of pictures created on September 24, 2019 shows Ukraine's President Volodymyr Zelensky in June 17, 2019 in Paris, and US President Donald Trump during a meeting in the Oval Office (AFP Photo)
by Compiled from Wire Services Sep 25, 2019 5:31 pm

"There's a lot of talk about Biden's son, that Biden stopped the prosecution and a lot of people want to find out about that so whatever you can do with the Attorney General would be great," the five-page transcript says, referring to U.S. Attorney General William Barr.

"Biden went around bragging that he stopped the prosecution so if you can look into it ... It sounds horrible to me," Trump is quoted as saying in the transcript. Foreign aid also come up, with Trump saying the U.S. was doing far more than European nations to help Ukraine.

Trump has insisted there was "no quid pro quo" in the call and denied any wrongdoing, as Biden's Democratic Party has launched an impeachment inquiry into the Republican president.

The conversation between the two leaders is one piece of a whistleblower's complaint, which followed the July 25 call.

The complaint is central to the formal impeachment inquiry launched Tuesday by House Speaker Nancy Pelosi.