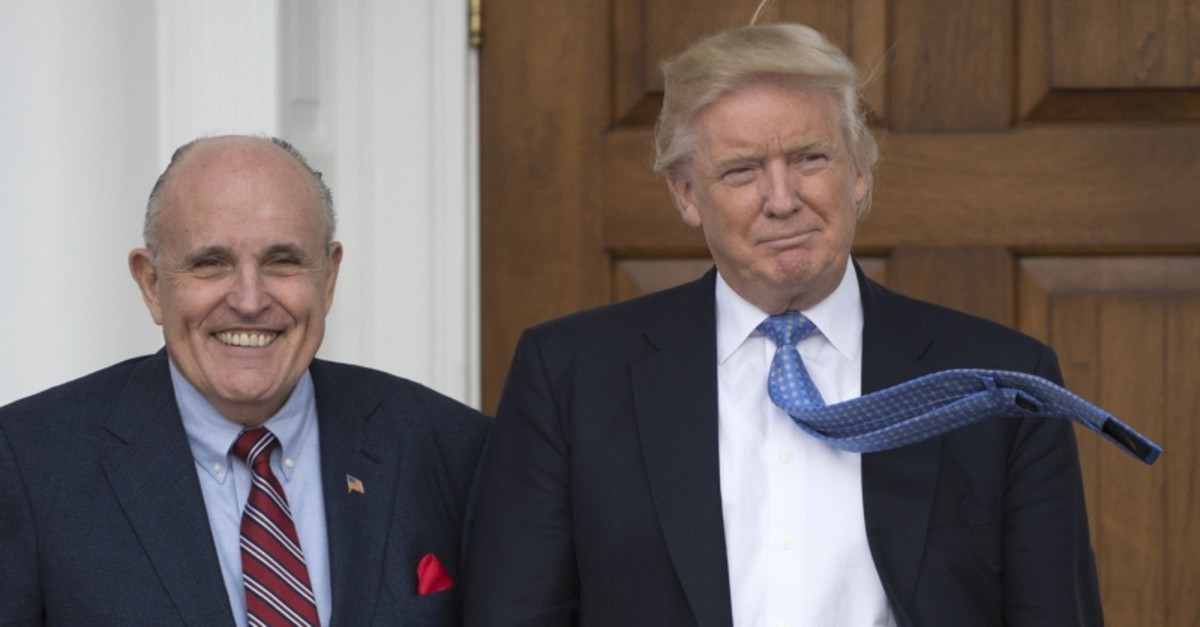 The Democrat-run intelligence panel issued the subpoena in consultation with the House Foreign Affairs and Oversight committees. They said in a statement that Giuliani had said on national television that he asked the government of Ukraine to "target" former Vice President Joe Biden.

Giuliani was asked to hand over documents related to Trump's effort to pressure Ukrainian President Volodymry Zelenskiy to investigate Biden, a top contender for the Democratic nomination to run against Trump as the Republican president seeks re-election in 2020.

A letter was also sent to Semyon "Sam" Kislin, a Ukrainian immigrant who has had business ties to Trump and served on Giuliani's city economic development corporation when Giuliani was mayor of New York.

During a July 25 telephone call, Trump repeatedly asked Ukrainian President Volodymyr Zelensky to investigate former Vice President Joe Biden and his son, Hunter, over unsubstantiated claims of corruption. The elder Biden is the leading Democratic nominee heading into next November's presidential election, making him a clear political rival to the president.

Trump has repeatedly maintained the call was "perfect" and denied any sort of wrongdoing. The president has acknowledged the call and freezing aid to Ukraine just days before, but denied he held up funding to pressure Zelensky, insisting there was no "quid pro quo" -- a favor or advantage granted or expected in return for something.

Trump additionally continued to heap criticism on the whistleblower whose complaint brought the story to light and kickstarted an ongoing congressional impeachment investigation.

"The Whistleblower knew almost nothing, its 2ND HAND description of the call is a fraud!" Trump said.

The individual, whose identity has remained unknown to this point, said in the nine-page complaint he or she received information from "multiple U.S. government officials" alleging Trump was "using the power of his office to solicit interference from a foreign country in the 2020 U.S. election."

That included requests to have Zelensky investigate the Bidens during the July 25 telephone call.

During the call, Zelensky brings up a potential arms purchase from the U.S., which Trump then responds to by asking for a favor.

"I would like you to do us a favor," Trump said.

"There's a lot of talk about Biden's son, that Biden stopped the prosecution, and a lot of people want to find out about that, so whatever you can do with the Attorney General would be great," he said. "I will have Mr. Giuliani give you a call, and I am also going to have Attorney General Barr call, and we will get to the bottom of it. I'm sure you will figure it out."

The whistleblower said multiple officials informed him Giuliani then traveled to Spain around Aug. 2 to meet Zelensky aide Andriy Yermak as a "direct follow-up" to the July 25 call.