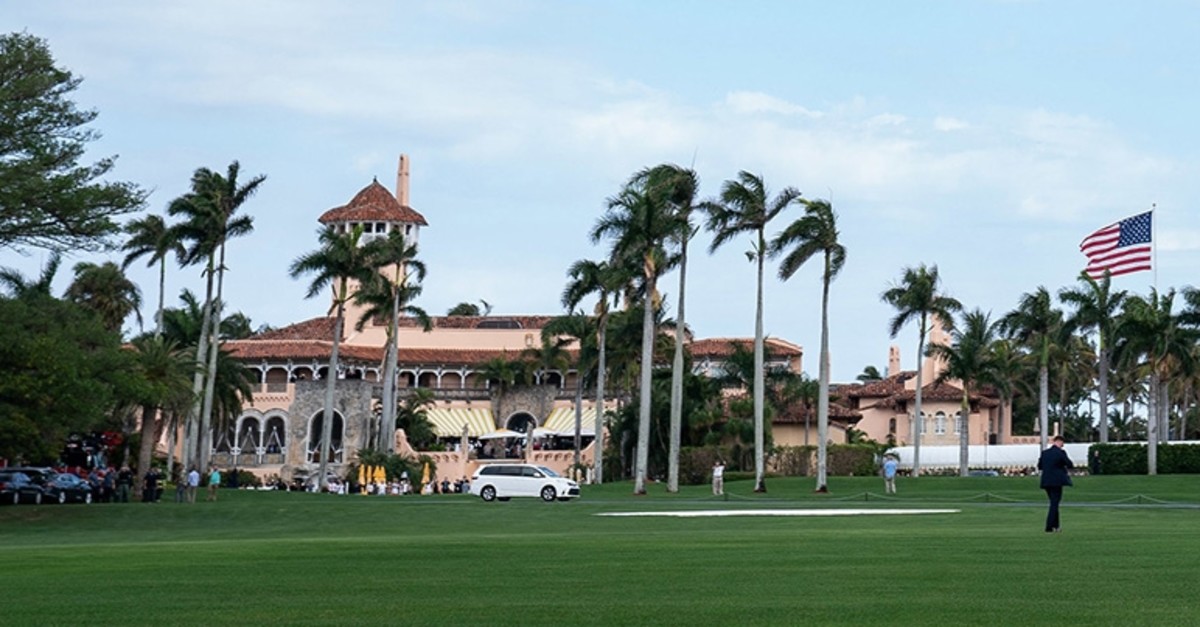 The Trump Organization announced Sunday that it would no longer be hosting an event next month by a far-right, anti-Muslim group at the president's Mar-a-Lago resort in Florida, a day after media backlash.

The group, ACT for America, had advertised that its annual gala would be held at Mar-a-Lago on Nov. 7. The event has since been removed from the group's website.

"This event will absolutely not be taking place at Mar-a-Lago," a Trump Organization spokesperson told CNN on Sunday.

ACT for America is considered the largest anti-Muslim group in the U.S. by anti-extremism groups including the Anti-Defamation League (ADL) and the Southern Poverty Law Center (SPLC).

Tickets for the event, at which right-wing political commentator Michelle Malkin was to be the keynote speaker, had already sold out by Sunday. The starting ticket price was $1,500, with VIP seats listed at $2,500, according to the SPLC, which first reported on the event.

A spokesman for the Council on American Islamic Relations (CAIR) said the Trump Organization's statement on the event came as "welcome" news.

"It's really a violation of the U.S. Constitution to funnel funds from a hate group directly to the president and his business," Ibrahim Hooper told The New York Times on Saturday.

He told CNN on Sunday that the group is well known for its "hate-filled" reputation, which can be uncovered by "a simple Google search."

Malkin responded to reporting on the event with a tweet Saturday. "The smear merchants of CAIR & SPLC have ruthlessly attacked patriots of all colors who expose the dangers of radical Islam and open borders," she wrote.

ACT for America gained notoriety through a string of anti-Muslim events it put on in multiple U.S. cities in 2017, attended by white supremacist and far-right groups.

"ACT purports to advocate for national security and against the threat of radical Islam, but in fact promotes conspiracy theories about all Muslims, including the 3.3 million Muslims living in the United States," the ADL was quoted by the Miami Herald as saying.

The group's founder, Brigitte Gabriel, said in 2007 that a "practicing Muslim ... cannot be a loyal citizen to the United States of America." She claimed "radicals" wishing to harm the country had "infiltrated" all levels of the U.S. government and American communities.

Gabriel claimed last year that she had a standing meeting at the White House every week, after reports documented her meeting with Trump and his staff during his campaign and time in office. "We have a president that likes us, President Trump," she said during an event the group organized in Washington, D.C. in 2018.

Hooper said renting Mar-a-Lago was another move by the group to have the president's ear.

"It's become crystal clear that when someone wants to influence Donald Trump, all you have to do is rent rooms at his resorts or at his golf courses and do something that provides him with funds. This hate group got the message," he told The New York Times.

The Trump Organization has come under fire by ethics watchdogs for hosting events at its properties, including Mar-a-Lago, that allegedly pose a conflict of interest for the president.