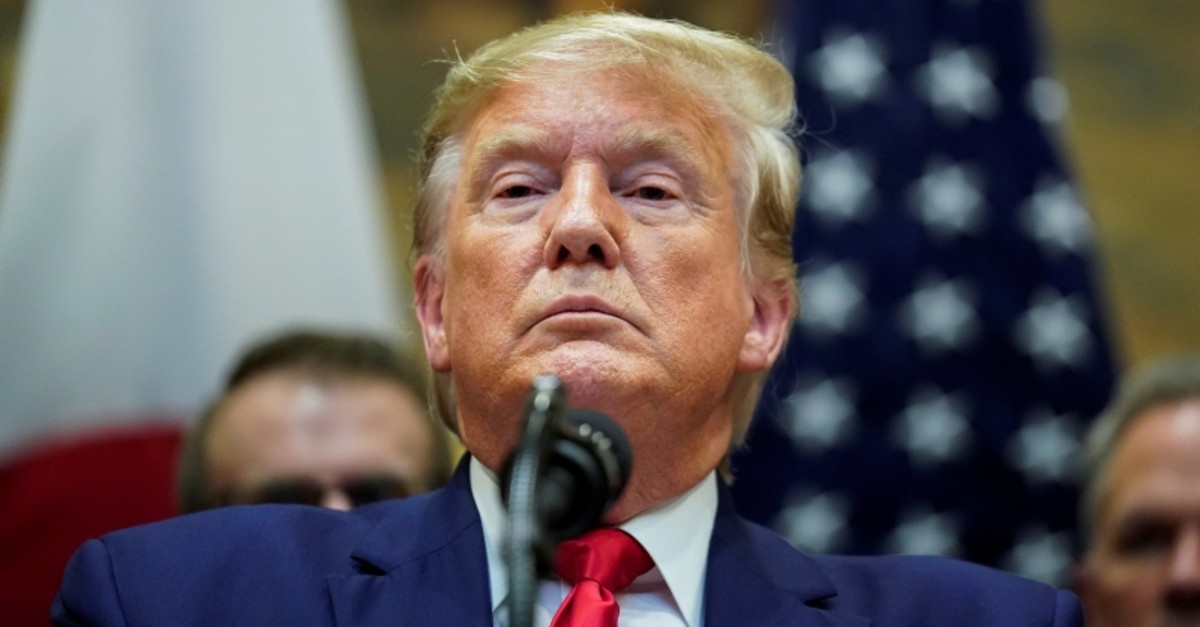 U.S. President Donald Trump criticized once again the U.S.' involvement in the Middle East, as he argued that Turkey should take over the captured Daesh fighters in Syria.

Trump said the U.S. should never have been involved in the Middle East, as he noted that they have withdrawn 50 troops out of Syria.

He continued by saying that Turkey "must" take over captured Daesh terrorists that Europe refused to have returned.

"The stupid endless wars, for us, are ending!" he said.

Earlier in the day, Turkey announced the launch of Operation Peace Spring east of the Euphrates River in northern Syria to secure its borders by eliminating terror elements and to ensure the safe return of Syrian refugees and Syria's territorial integrity.

However, he also defended Turkey and its close relationship with the U.S., saying he had a "very good relationship" with President Recep Tayyip Erdoğan.

Trump also said Wednesday that millions of Syrian refugees would be scattered around the world if Turkey were not hosting them.

Speaking at a press conference at the White House, Trump said Erdoğan is working to repatriate the refugees.

"Right now, he's holding, in all fairness to him, he's holding millions of people that would be all over the place if he wasn't holding them," said Trump. "So he wants to repatriate, he wants to have them go back into the area that he's looking at."

"If you listen to Erdoğan, he wants to have people go back to where they came from. Go back to Syria," said Trump. "But we'll see. We'll see how he does it."

Turkey plans to resettle 2 million Syrians in a 30-km-wide (19-mi) safe zone to be set up in Syria, stretching from the Euphrates River to the Iraqi border, including Manbij. However, the presence of terror groups such as the People's Protection Units (YPG) risk its formation.

Turkey has said the terrorist group PKK and its Syrian extension the YPG constitute the biggest threat to Syria's future, jeopardizing the country's territorial integrity and unitary structure. Most of northeastern Syria is controlled by the U.S.-backed Syrian Democratic Forces (SDF), which is dominated by YPG terrorists.

Turkey has rid an area of 4,000 square km (1,544 square miles) in Syria of terrorist groups in two separate cross-border operations since 2016. Operation Euphrates Shield and Olive Branch purged the region of the terrorist groups Daesh and the YPG.

The two operations were in line with the country's right to self-defense borne out of international law, U.N. Security Council resolutions, especially No. 1624 (2005), 2170 (2014) and 2178 (2014), and under the right to self-defense under Article 51 of the U.N. Charter, while being respectful of Syria's territorial integrity.