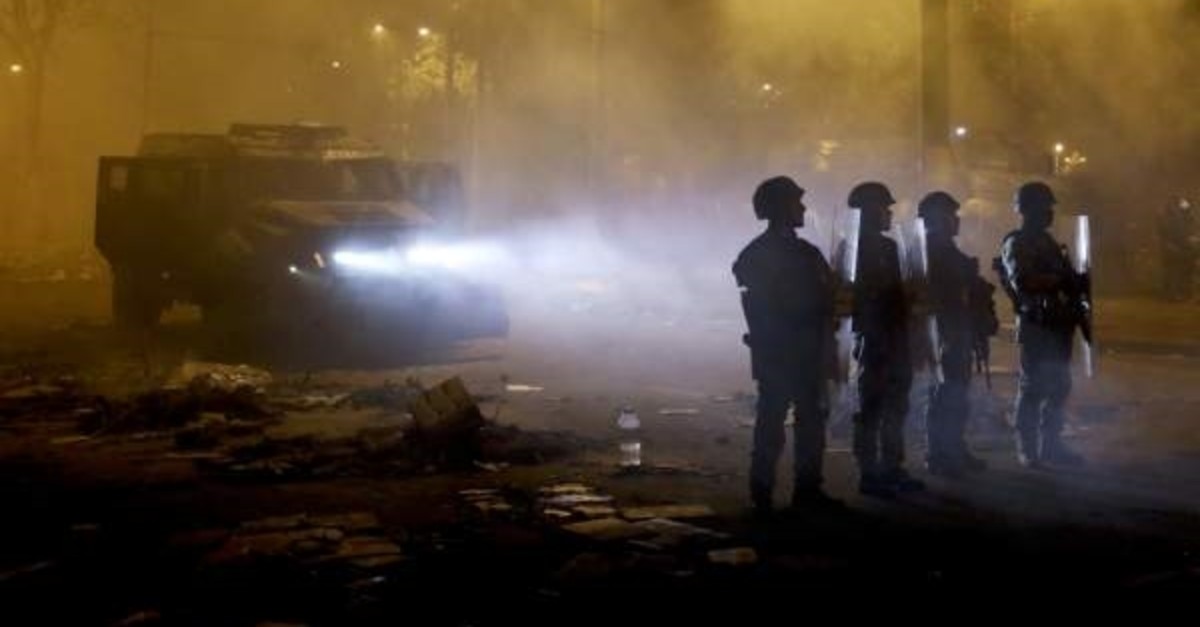 Soldiers guard El Arbolito park, Quito,Oct. 12, 2019. (AP Photo)
by Compiled from Wire Services Oct 13, 2019 5:07 pm
Ecuador's President Lenin Moreno ordered the capital Quito and surrounding areas placed under curfew and military control as the 11th day of deadly protests against government austerity measures roiled the city. It was the first such action imposed since a series of coups in the 1960s and 1970s.
The restrictions in Quito, a city of 2.7 million, came on top of a state of emergency Moreno had declared on Oct. 3, deploying some 75,000 military and police and imposing a nighttime curfew in the vicinity of government buildings.
President Lenin Moreno’s government is facing a series of protests against the economic measures it adopted within the framework of the credit agreement with the International Monetary Fund (IMF). In the course of the week, protests have turned violent and the government has accused infiltrators aligned with the previous government, led by Rafael Correa, of orchestrating them. Ecuador, a former Organization of the Oil Exporting Countries (OPEC) member, was left deeply in debt by a decade of high-spending governance and the drop in oil prices. Moreno is raising taxes, liberalizing labor laws and cutting public spending in order to win more than $4 billion in emergency financing from the IMF.
Violence continued in Quito this weekend even as the indigenous movement leading the protests over fuel price hikes reversed course and said it had accepted a proposal for direct talks with Moreno. In his address, Moreno thanked indigenous groups for agreeing to negotiations, but did not say when or where the talks would take place.
Last Update: Dec 20, 2019 1:02 am
RELATED TOPICS