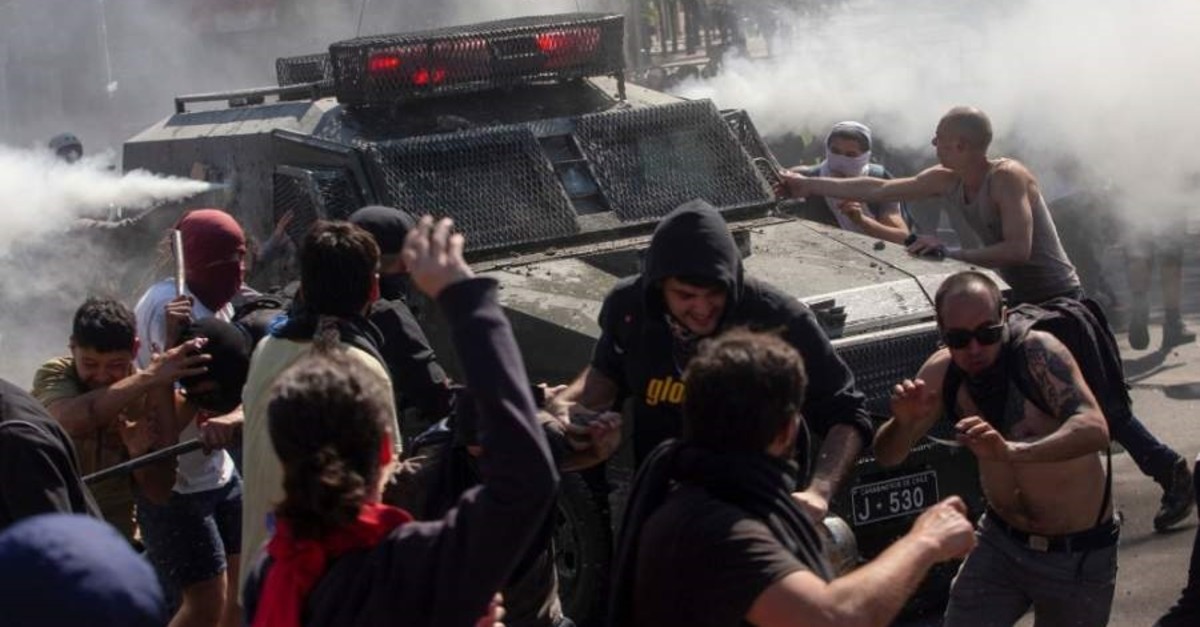 Protests and violence in Chile spilled over into a new day and raged into Sunday night despite the president cancelling a subway fare hike that has prompted violent demonstrations.

Chile is “at war,” President Sebastian Pinera said Sunday, as the country reels from three days of violent demonstrations and looting that have left seven dead and almost 1,500 detained in the worst outbreak of social unrest in decades. Officials in the Santiago region said three people died in fires at two looted supermarkets early Sunday; they were among 60 Walmart-owned outlets that have been vandalized, and the company said many stores did not open during the day. Five more people later were found dead in the basement of a burned warehouse and were not employees, authorities said. At least two airlines cancelled or rescheduled flights into the capital.

The riots grew last week as police came out to stop mass fare evasions after an announcement on Oct. 6 that bus and metro fares would be hiked by between $0.04 and $0.1. Santiago and nine other of Chile’s 16 regions were under a state of emergency, Pinera confirmed late Sunday, with troops deployed onto the streets for the first time since Augusto Pinochet’s military dictatorship between 1973-1990. Chile has the highest per capita income in Latin America at $20,000, with expected economic growth this year of 2.5% and just 2% inflation. Despite a healthy growth rate, several key social indicators, such as health, education and pensions, show very high levels of inequality.