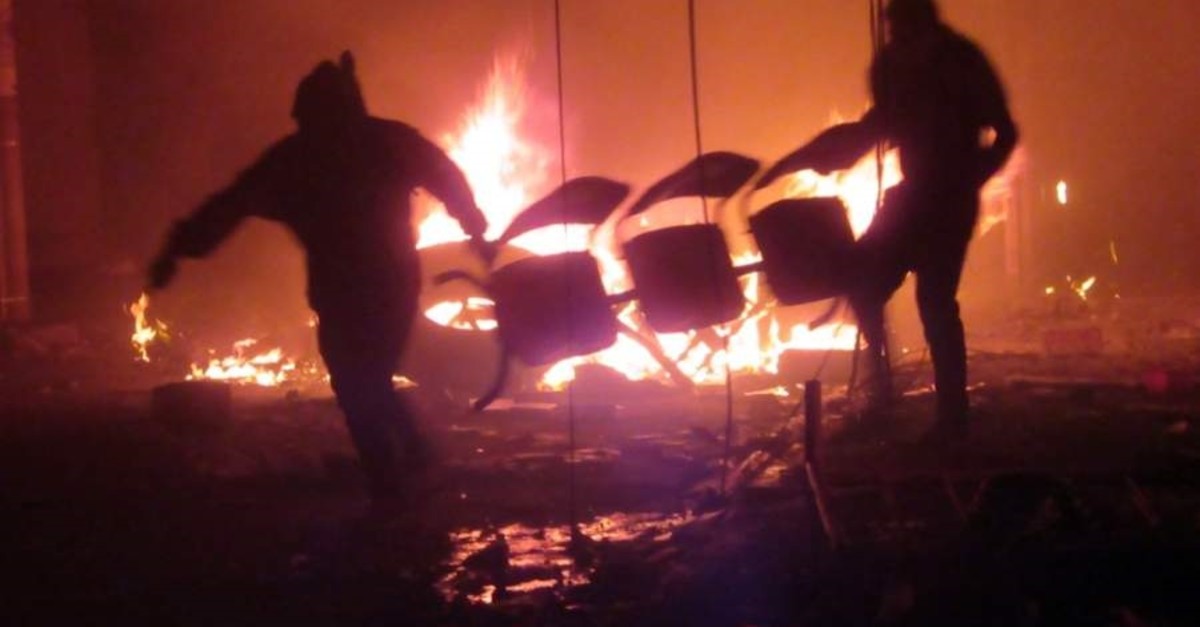 Rioting broke out in parts of Bolivia among opponents of President Evo Morales after electoral authorities announced that a resumed vote count put the leader close to avoiding a runoff in his bid for a fourth term. Rival supporters clashed in the capital La Paz, while in the southern city of Sucre an angry mob set a local electoral authority's headquarters on fire, TV images have shown. Protesters clashed with police in the mining city of Potosi and attacked the local electoral authority as well as local government offices. Riot police dispersed a crowd who tried to storm the electoral offices in the Andean city of Oruro, south of La Paz. Clashes were also reported in Tarija in the south, Cochabamba in the center of the country and Cobija in the north.
Interior Minister Carlos Romero accused the opposition of trying to create turmoil and warned that "they have to take care of the violence they're generating."
Tensions already were high on Monday after officials abruptly stopped releasing results hours after the polls closed Sunday. The last numbers released before Monday night showed Morales ahead of the eight other candidates, but also falling a few percentage points short of the result needed to avoid the first runoff in his nearly 14 years in power. When the Bolivia's top electoral authority stopped announcing new results Sunday night, Morales, Latin America's longest-serving president, had 45.3% of the votes, compared to 38.2% for the closest competitor, former President Carlos Mesa. Then, on Monday night, the body announced that it had renewed the preliminary count and Morales led with 46.41% to Mesa's 37.06%, with 95% of the votes counted.