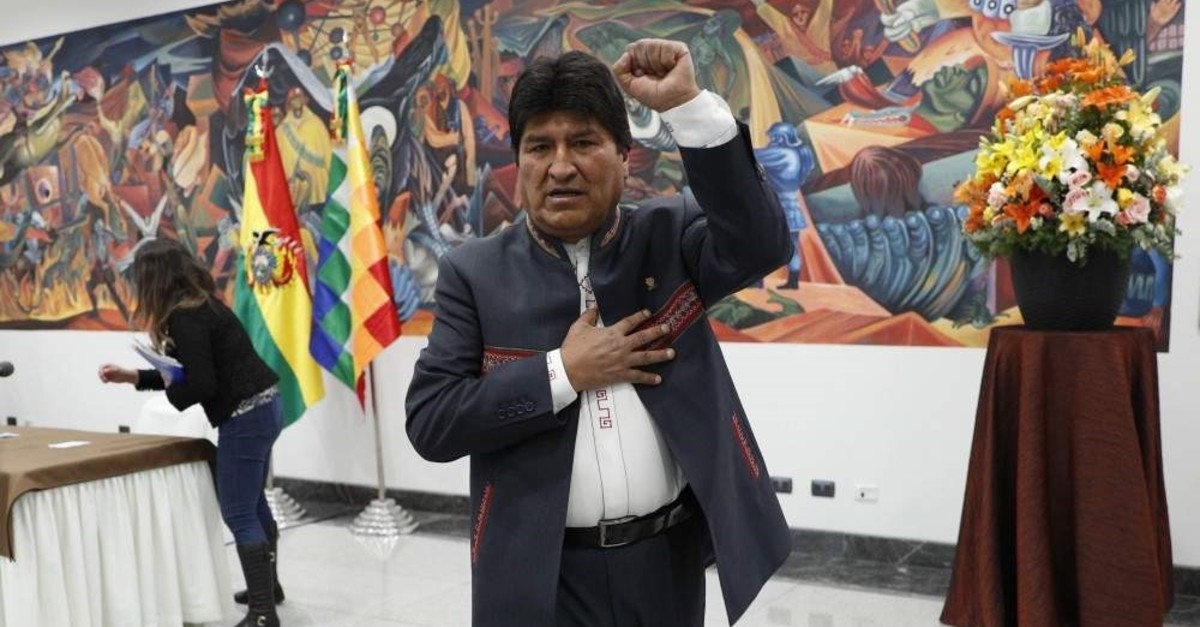 Bolivian President Evo Morales declared victory yesterday in elections whose disputed results have triggered violent unrest, a general strike and opposition charges that he is trying to steal the election to secure a fourth straight term.
Morales said after Sunday's voting, with 98% of the ballots counted, he has 46.83%, against 36.7% for his closest rival, the centrist Carlos Mesa.
A margin of at least 10 points would mean outright victory and no runoff. "We won in the first round," Morales told a news conference. He called this "good news."
The leftist leader called on observers to respect the South American country's constitution after a fraught presidential race sparked criticism from the election monitor and foreign governments concerned about vote rigging.
The Andean country's first indigenous and longest-serving president, Morales had already won three mandates in first election rounds. The constitution barred the 59-year-old from running again and a 2016 referendum opposed a reform that would have scrapped term limits, but the country's Constitutional Court and the electoral court ruled that denying Morales' candidacy would have violated his human rights.