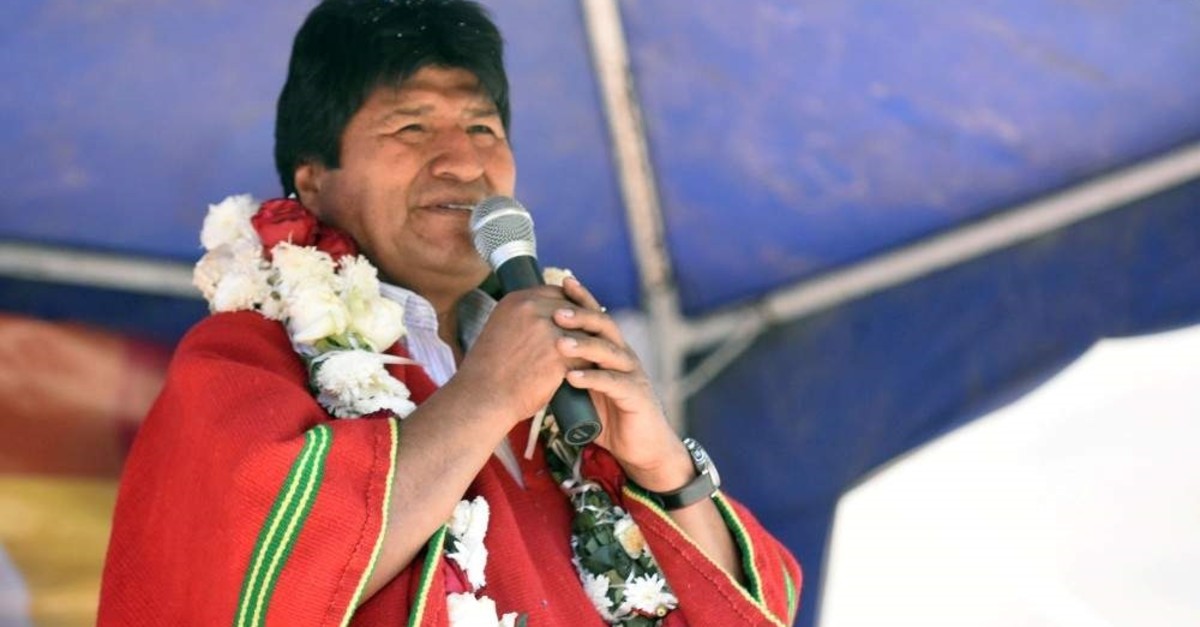 Bolivia's President Evo Morales claimed on Sunday his political rivals were preparing to overthrow him this week as strike action and protests against his controversial re-election continued. It was the second time in five days that the leader has warned of a coup, and it comes after Bolivia's electoral court declared him the winner of last Sunday's poll over his nearest challenger, Carlos Mesa. The court said Morales had won with 47.1% compared to 36.5% for Mesa, narrowly giving him the 10-point margin he needed to win outright without a runoff.

Speaking from the rural village of Vila Vila, Morales warned that "various sectors of society... are preparing for a coup d'etat [this] week." Foreign powers including the European Union and the U.S. have called for a second round of voting, while the Organization of American States (OAS) expressed its "surprise" and "concern" over the sudden vote shift. The Washington-based OAS is planning an audit of the results.

Morales is seeking a fourth straight term. Bolivia's first indigenous president, Morales lost a referendum in 2016 in which he tried to remove term limits from the constitution, but a year later the Constitutional Court authorized him to stand for a fourth term. The court, like the election tribunal, is made up of members appointed by Morales's Movement for Socialism party. As things stand, Morales, the longest-serving leader in Latin America, will continue to lead his country until 2025.