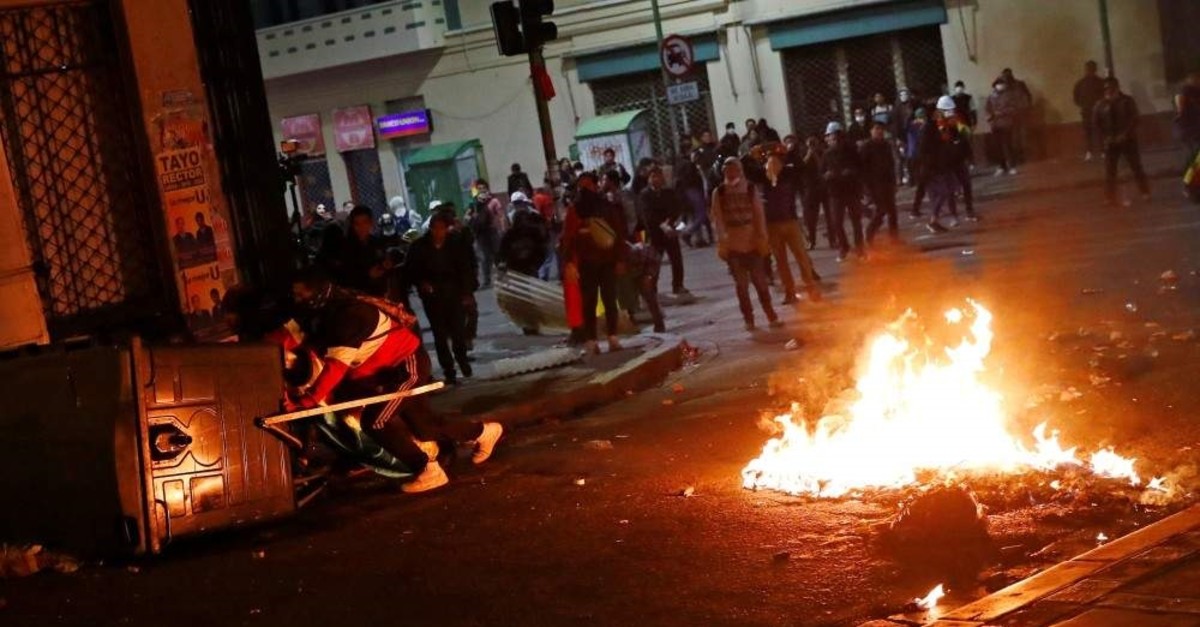 South America is currently having one of its most unsteady periods in recent history with a number of countries experiencing or having experienced nationwide protests.
With protests across Latin America and around the world, U.N. Secretary-General Antonio Guterres has urged protesters to follow the examples of nonviolent activists and urged world leaders to "to listen to the real problems of real people."

However, October saw a number of violent incidents in Latin America.

The highly controversial Oct. 20 presidential election triggered riots and a general strike on Oct. 23. Nationwide protests began on Oct. 21 as two men lost their lives and more than a hundred people were reported injured, according to Agence France-Presse (AFP).

Opposition candidate Carlos Mesa had described current Bolivian President Evo Morales as a fraud, as Morales’ victory sealing his fourth straight term caused the country to destabilize and erupt in chaos. Morales has said that the protests were encouraged by Mesa as a sort of "coup d’etat." The divisive remarks from both sides fueled the ongoing crisis. Several regions in the country are experiencing violent clashes between supporters and opponents of Morales.

The latter had built his political campaign on eliminating poverty by nationalizing Bolivia’s natural gas and oil resources. He has been serving his country since January of 2006 with his Movement Towards Socialism (MAS) party. Adopting policies similar to Venezuela’s Hugo Chavez, Morales fought back against the heavy influence of the International Monetary Fund (IMF) for years. The former coca growers union leader had identified his primary objective as creating an equal community and an economic model based on "solidarity, reciprocity, community and consensus" in a 2006 interview. Morales had started his nationalization process rather quickly, also looking to meet the long-desired demands of the indigenous groups. His policies led to an increase in Bolivia’s gross national income (GNI) per capita between the years 2006 and 2018.

In spite of this and the substantial decline of the rate of poverty during his presidency, Morales failed to prevent the country's fiscal deficit. Bolivians were also subjected to higher taxes as a result of his policies, and the wealthier section of the population expressed their discontent by actively taking part in and supporting the recent protests about the election results in La Paz and Santa Cruz.

Politically, Morales had an undeniable impact on the standard of living of indigenous groups in Bolivia. Their native languages were recognized by the constitution in order to provide the necessary educational opportunities for them, and they were granted basic human rights, from which they were once deprived.

However, the recent election saw some critiques from the indigenous people concerning the lack of equality in the distribution of these basic rights, with the claim that some are benefitting more than others.

Chile is also having its share of protests, which started on Oct. 18. An increase in the price of metro tickets in the capital led to the eruption of violent nationwide protests. The increase in prices for metro tickets was the tipping point for an unhappy population, discontent with low salaries and pensions and the high cost of education and health care.

Chilean President Sebastian Pinera suspended the price hike and announced new social reforms such as lower electricity costs, increased pensions and an increase in the minimum wage. Despite this, general strikes did not come to a halt. Pinera then put forth the idea of reshuffling his cabinet in the hopes of preventing further violence but was unsuccessful yet again.

Another South American country that experienced a series of protests during the month of October was Ecuador. This country north of Chile saw 12 days of protests from Oct.1-13, because of President Lenin Moreno’s government's elimination of fuel subsidies.
Indigenous people lead the demonstrations and after nearly two weeks of violent clashes and protests, they reached an agreement with Moreno to reinstate fuel subsidies.

Wider demonstrations were relatively peaceful, but this period has seen its share of violence with eight reported deaths and more than 1,000 people injured in the worst unrest Ecuador has experienced in a decade.