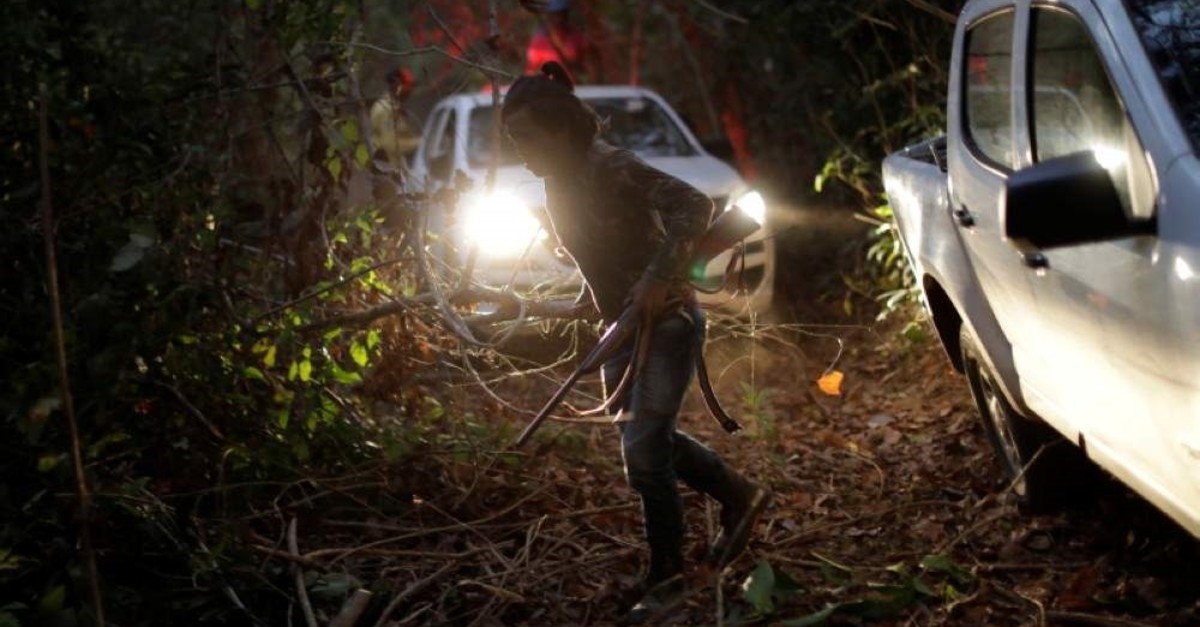 Indigenous leader Laercio Guajajara, a ,forest guardian,, holds a gun as he prepares to search for illegal loggers on Arariboia indigenous land near the city of Amarante, Maranhao state, Brazil, Sept. 10, 2019. (Reuters Photo)
by Compiled from Wire Services Nov 03, 2019 11:33 am

Illegal loggers ambushed a group of indigenous forest guards in Brazil's Amazon, killing one and injuring another, authorities said Saturday.

A logger also died in the attack Friday night in Maranhao, a northeastern state, according to FUNAI, a state agency that represents indigenous interests.

Paulo Paulino Guajajara, who died after being shot in the face, was a leader in a group seeking to protect the Arariboia indigenous reserve from incursions.

Federal police will investigate Guajajara's killing in order to "bring those responsible for this crime to justice," said Sergio Moro, the justice and public security minister.

The clash comes amid an increase in invasions of reservations by illegal loggers and miners since right-wing President Jair Bolsonaro took office this year and vowed to open up protected indigenous lands to economic development.

"The Bolsonaro government has indigenous blood on its hands," Brazil's pan-indigenous organization APIB, which represents many of the country's 900,000 native people, said in a statement Saturday.

"The increase in violence in indigenous territories is a direct result of his hateful speeches and steps taken against our people," APIB said.

APIB leader Sonia Guajajara said the government was dismantling environmental and indigenous agencies, and leaving tribes to defend themselves from an invasion of their lands.

She said the forest guards had previously received threats and wore protective vests while on patrol.

"We informed federal agencies of the threats but they didn't take any action," leader Sonia Guajajara said.

Some indigenous groups in the Amazon rainforest say they are increasingly vulnerable to incursions by loggers and cattle ranchers. Fires used to clear land in the Amazon increased sharply in July and August, causing international alarm over a region seen as critical to curbing climate change.

Concern about the rainforest had heightened after Brazilian President Jair Bolsonaro took office this year with calls to loosen protections for nature reserves and indigenous lands.

Bolsonaro says some economic development is necessary in the Amazon.