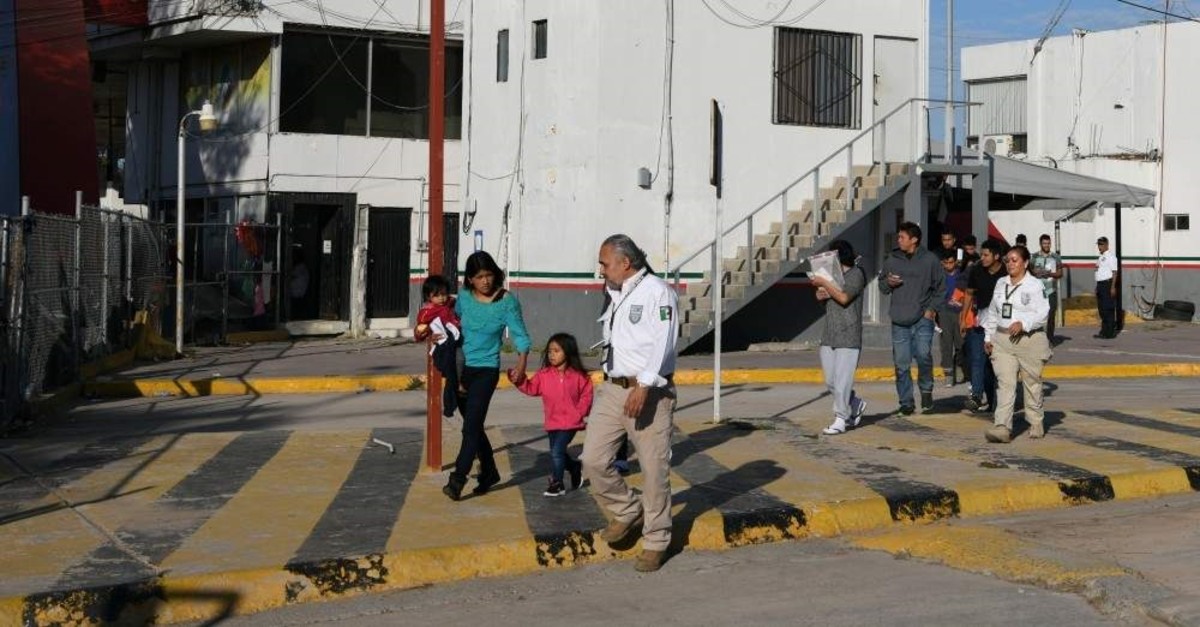 Asylum seekers are escorted by Mexican immigration officials as they are sent back to Mexico from the U.S. under the ,Remain in Mexico, program officially named Migrant Protection Protocols, in Matamoros, Tamaulipas, Mexico, Oct. 28, 2019. (Reuters)
by Nov 03, 2019 1:58 am

A federal judge in Oregon on Saturday temporarily blocked a Trump administration proclamation that would have required prospective immigrants to prove they would have U.S. health insurance within 30 days of their arrival or enough money to pay for "reasonably foreseeable medical costs."

Judge Michael Simon in U.S. District Court in Portland, Oregon, granted a preliminary injunction that prevents the rule from taking effect on Nov. 3. The legal challenge against it will continue.

Seven U.S. citizens and an advocacy organization filed a lawsuit to block the rule, arguing it "rewrites our immigration and healthcare laws by Presidential fiat" and could bar hundreds of thousands of prospective immigrants.

The proclamation is blocked while the legal challenge against it continues.

Prospective immigrants had been scrambling to figure out how to get the necessary coverage, navigating a complex healthcare bureaucracy that has, for the most part, not previously catered to those who are not yet in the country.

The Trump proclamation said it aims to stop healthcare providers and taxpayers from bearing “substantial costs in paying for medical expenses incurred by people who lack health insurance or the ability to pay for their healthcare.” It cited data that “lawful immigrants are about three times more likely than United States citizens to lack health insurance.”

Healthcare policy experts say immigrants use the U.S. system less often than Americans. According to an analysis by Leighton Ku, director of the Center for Health Policy Research at George Washington University, recent immigrants without insurance accounted for less than one-tenth of 1% of U.S. medical expenditures in 2017.