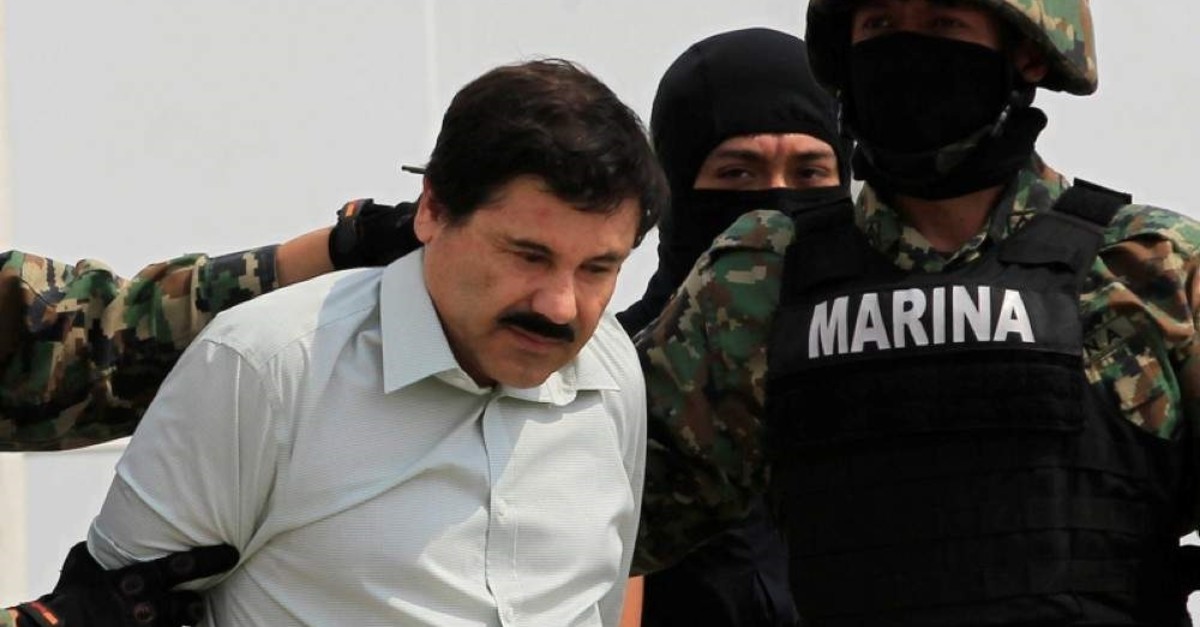 The properties, located in Culiacan, Sinaloa, have an estimated value of 19,430,000 Mexican pesos ($1,155,000), according to the Administration of Property and Disposal Service (SAE), which is in charge of the sale.

The houses are connected by tunnels, including one infamous tunnel hidden under a bath tub through which Guzman escaped from police in February 2014. That home is the least prominent of the set, a single story house worth $127,287.

The most expensive of the houses was bought by the drug lord for Griselda Lopez, the mother of his son Ovidio Guzman Lopez, who was arrested by Mexican police last month but then released hours later after intense retaliation by the cartel. The extravagant three-story house, which includes a backyard pool, is worth 11,224,445 Mexican pesos ($587,000).

Guzman hid among the network of houses in Culiacan after his first escape from prison in September 2001 until his recapture in 2014, a week after his famous tunnel escape.
The 62-year-old drug lord was sentenced to life behind bars in a U.S. prison in July, five months after being convicted in an epic drug-trafficking case.