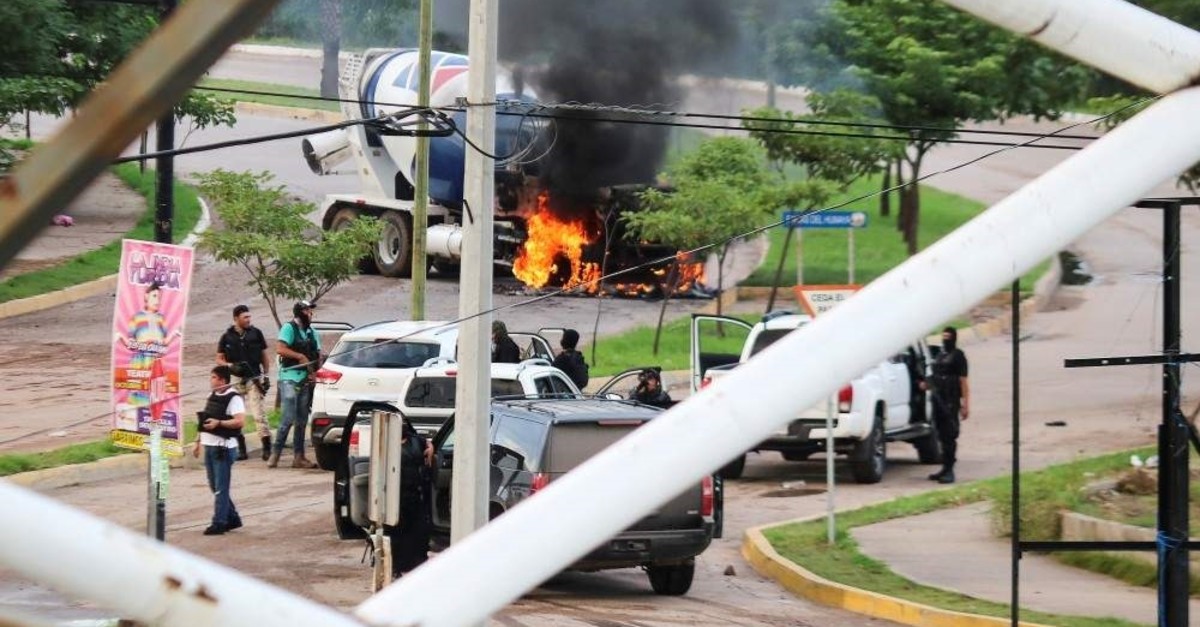 A police officer believed to be involved in the arrest of the son of drug kingpin Joaquín "El Chapo" Guzmán was killed with more than 150 bullets, media reports said Friday.

The police officer was killed in Sinaloa province, the stronghold of El Chapo’s drug cartel.

A group of armed men who showed up in the area discharged more than 150 bullets to the police officer who was in the vehicle parked next to the gang’s car, a CCTV footage has revealed.

The police officer was a special unit that is charged with escorting to the undersecretary of public security for the region.

In a statement, a spokesman for the police unit said, “The secretary of public security of the state regrets the death of a member of the state police, Eduardo, who lost his life this Wednesday in the capital of Sinaloa.”

The spokesperson offered the unit’s condolences and solidarity with the family and friends of the fallen officer.

Ovidio Guzman Lopez, the son of El Chapo, who is currently wanted in the U.S. on drug trafficking charges, was detained by 30 members of the National Guard militarized police and army in a raid on his compound, Mexican security secretary Alfonso Durazo previously said.

The raid was later suspended and José Luis González Meza, a lawyer for El Chapo's family, told The Associated Press that Guzmán's family has said "Ovidio is alive and free" but that he had no more details about what had happened.

Ovidio Guzmán was indicted in 2018 by a grand jury in Washington, along with a fourth brother, for the alleged trafficking of cocaine, methamphetamine and marijuana.

Sinaloa is home to the cartel by the same name, which was led by El Chapo. Guzmán was sentenced to life in prison in the United States in July. He has many children.

After Guzmán's third arrest in 2016, an internal battle for succession began playing out. The battle was resolved with the arrest of Damaso López Nunez and his son Dámaso López Serrano, who led a rival faction.