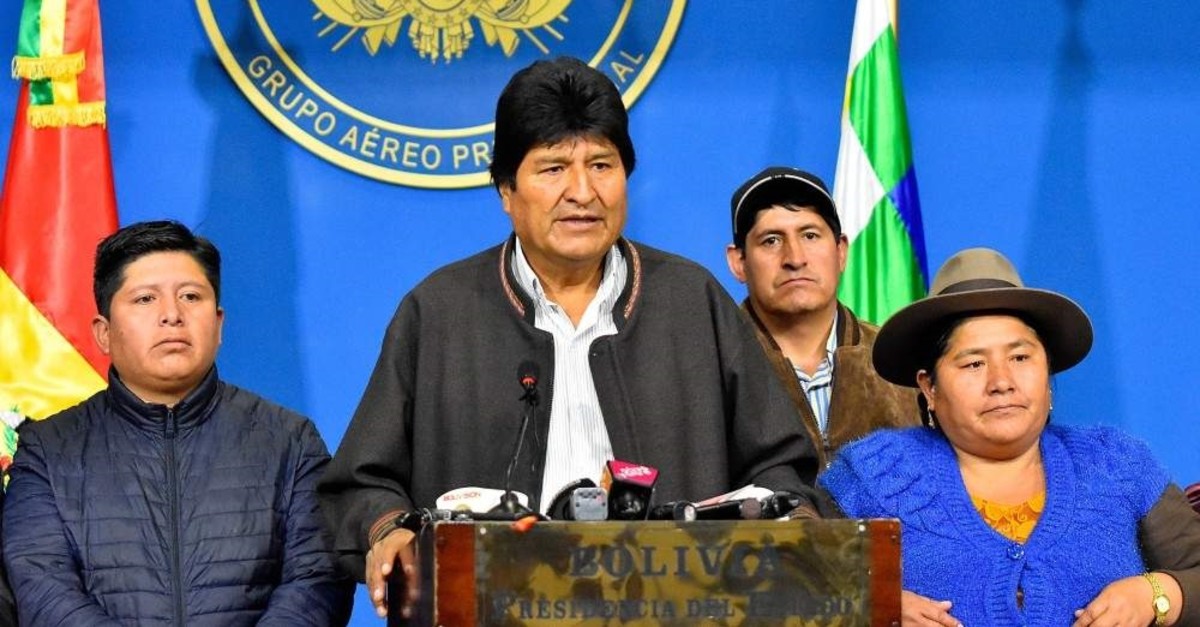 Bolivian President Evo Morales announced his resignation soon after the country's military chief urged him to step down.

The appeal from Gen. Williams Kaliman came after Morales, under mounting pressure, agreed earlier in the day to hold a new presidential election.

"After analyzing the situation of internal conflict, we ask the president to resign, allowing peace to be restored and stability to be maintained for the good of our Bolivia," Kaliman said on national television.

He also appealed to Bolivians to desist from violence.

Morales' claim to have won a fourth term last month has plunged the country into the biggest crisis of the socialist leader's nearly 14 years in power. The unrest has left three people dead and over 100 injured in clashes between his supporters and opponents.

Morale agreed to a new election after a preliminary report by the Organization of American States found a "heap of observed irregularities" in the Oct. 20 election and said a new vote should be held.

"We all have to pacify Bolivia," Morales said in announcing plans to replace the nation's electoral tribunal and urging the country's political parties to help bring peace.