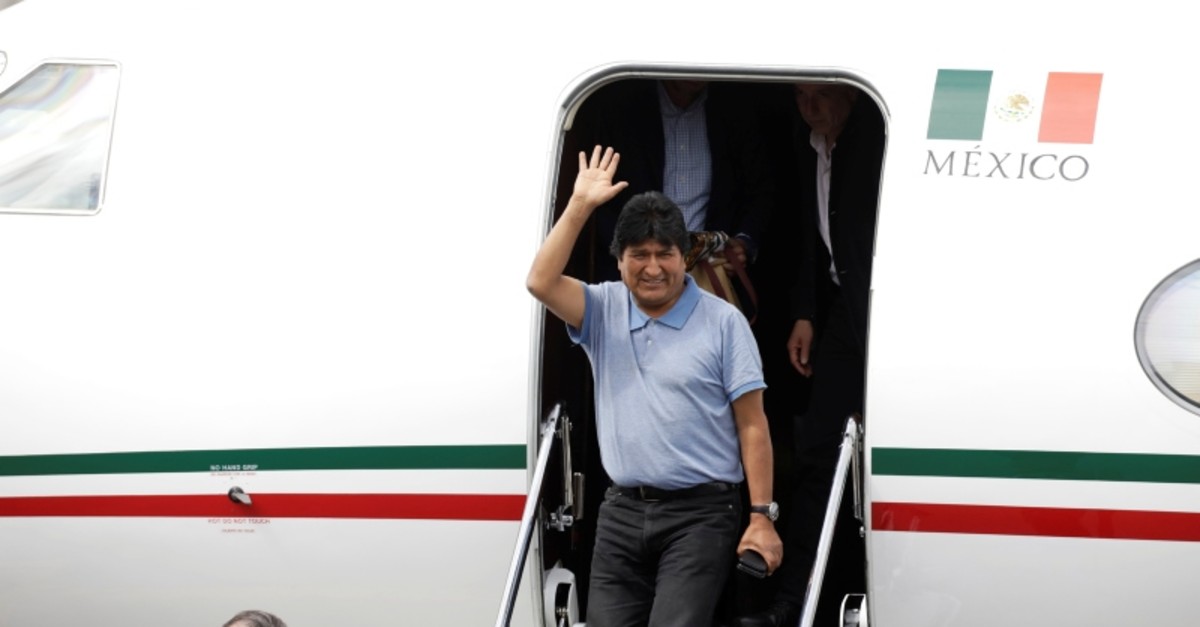 Upon arrival, he said that Mexican authorities saved his life.

Morales left Bolivia on Monday for Mexico, which has granted him political asylum, as the armed forces agreed to help police curb violence that has erupted after the leader's stunning resignation left a power vacuum.

The United Nations and the Organization of American States (OAS) earlier voiced fears of a breakdown in security in a country that appeared increasingly rudderless after dozens of officials and ministers resigned along with Morales, some seeking refuge in foreign embassies.

Morales called Mexico's Foreign Minister Marcelo Ebrard on Monday to request asylum and later tweeted that he was "heading to Mexico."

Ebrard confirmed Morales had been granted asylum and late on Monday wrote on Twitter that a Mexican military plane carrying the former president had "already taken off ... with Morales aboard."

"According to international conventions, he's under Mexico's protection. His life and integrity have been saved," Ebrard said.

Morales thanked Mexico for protecting him and vowed to come back to his country "stronger and more energetically."

The dramatic events came a day after Morales's shock resignation after he lost the backing of the military following three weeks of street protests over his disputed re-election for an unconstitutional fourth term.

"The military command of the armed forces has arranged for joint operations with the police to prevent bloodshed and fighting amongst the Bolivian family," said General Williams Kaliman in a televised address.

Three people have died in clashes since the disputed election.