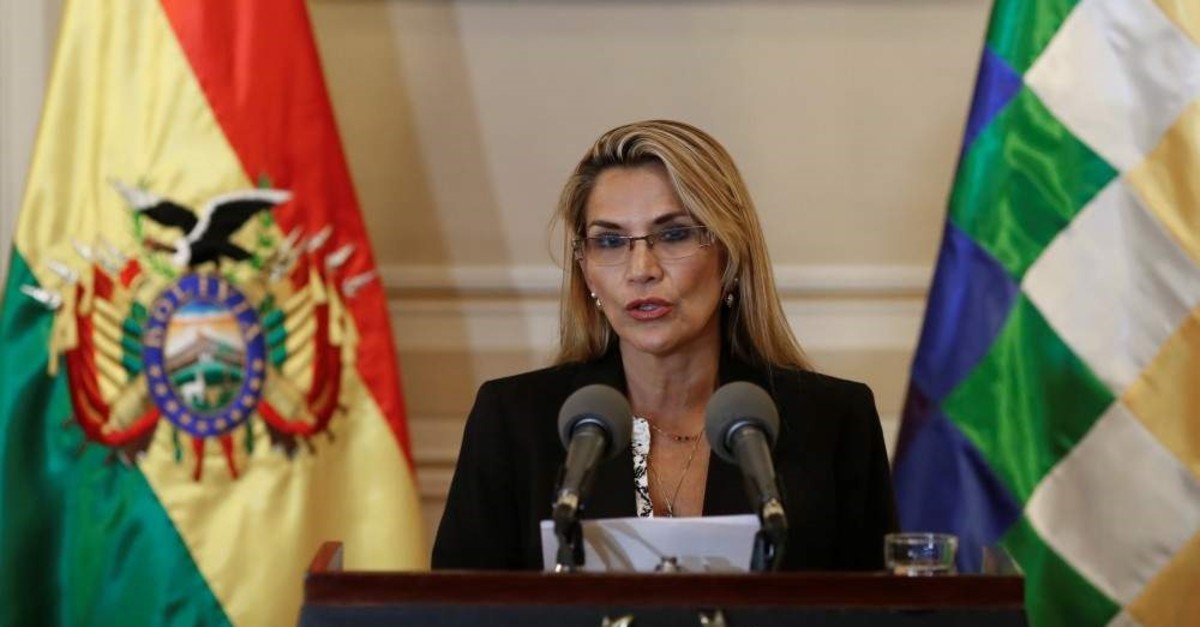 Bolivia’s self-proclaimed interim president Jeanine Anez Chavez recognized Juan Guiado as the president of Venezuela on Wednesday, saying they were expecting an ambassador from Caracas.

Chavez declared herself president of Bolivia on Tuesday without a vote or quorum after President Evo Morales, his vice president and most of his cabinet members announced their resignations.

Chavez shared a statement on her Twitter account on Wednesday, thanking Juan Guaido for recognizing her government. She added: “As Constitutional President of Bolivia I invite you to appoint the new ambassador of Venezuela in Bolivia, who will be recognized immediately by our government.”

Guaido previously wrote on his Twitter account that he recognizes "Jeanine Anez as interim president of Bolivia,” adding “They are an inspiration to our country, we have the conviction that we will achieve freedom.”

The deputy senate speaker, Jeanine Anez – constitutionally in line to become interim president following Morales' resignation – said there will be "an electoral process that reflects the will of all Bolivians."

Morales made the announcement on Sunday after weeks of protests and rioting against alleged fraud in the November 20 elections, in which the leftist president took an outright victory against his center-right challenger, Carlos Mesa.

There had been calls from the police and military on Morales to step down. The protests have left three people dead and hundreds injured.

Guaido declared himself Venezuela's legitimate ruler on Jan. 23 after calling the military to help him oust President Nicolas Maduro. The protests between the supporters of Guaido and President Maduro continues.

Several European Union countries, including the United Kingdom, France, Spain, the Netherlands, Germany, Poland, Lithuania and Latvia, along with the U.S. and Canada have recognized Guaido as president.