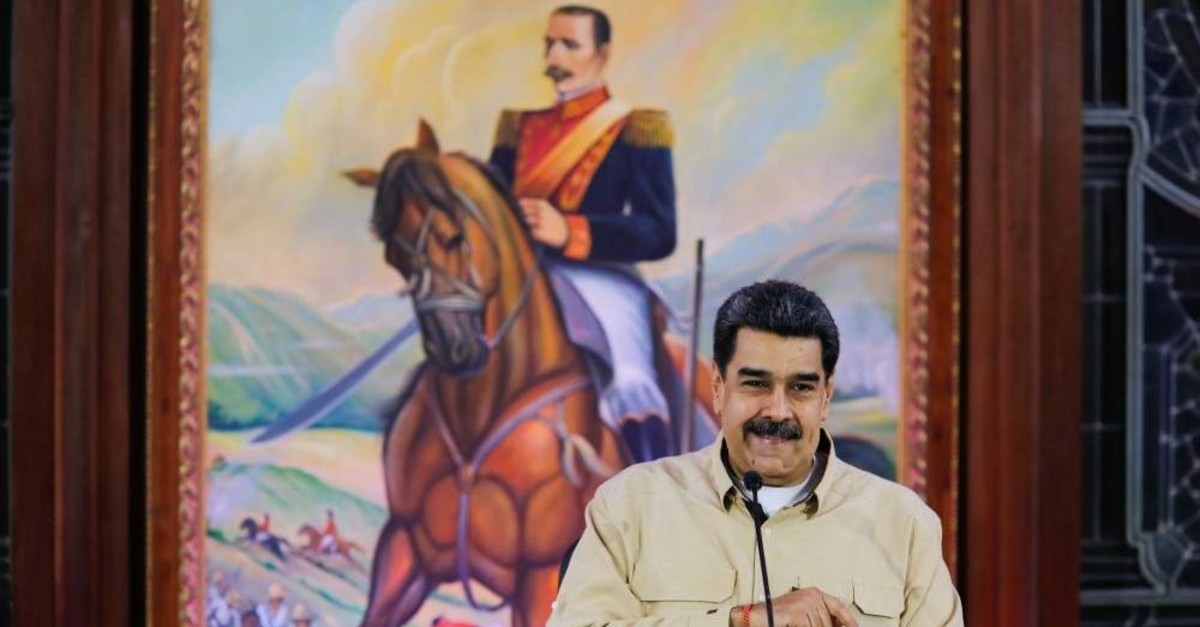 While Venezuela's opposition is hoping the orchestrated coup against former Bolivian President Evo Morales will help boost turn out for nationwide rallies against the Venezuelan government, President Nicolas Maduro beefed up patrols by civilian militias.

Maduro, in a national broadcast Tuesday ordered the nation's 3.2 million militia members to patrol Venezuela's streets. He gave the command seated between the nation's top-ranking military leaders. The heightened patrols overlap with a Saturday protest called by opposition lawmaker Juan Guaidó, who has led a nearly year-long campaign to oust Maduro with backing from the U.S. The U.S. had attempted to remove Maduro for the third time this year. Maduro thwarted the latest coup attempt against his government as opposition leader Juan Guaidó's call on the military appeared not to have triggered a wider revolt.

The military has so far supported the country's democratically elected President Maduro and consistently refused to back Guaidó, who declared himself interim president in January and has backing from dozens of countries, including most of Latin America and the U.S. This is one key factor makes the Bolivia playbook a difficult one to carry out against Maduro. Bolivian armed forces commander Williams Kaliman on Sunday publicly called on Morales to step aside, giving momentum to street protesters alleging fraud at an October presidential election that Morales was judged to have narrowly won. That move by the military was in stark contrast to Venezuelan Defense Minister Vladimir Padrino's repeated oaths of allegiance to Maduro despite violent street protests, complaints of voter fraud and broad international condemnation.

Morales' government collapsed on Sunday after his ruling party allies quit and the army urged him to step down, a tactic that many countries denounced it as a "coup." Maduro, a staunch ally of the Bolivian leader, said the same "imperialist" forces that undermined Bolivia's president seek to oust him. Morales has lashed out at his political opponents, calling his removal a return to the bleak era of coups overseen by brutal Latin American militaries that ruled over the region.

On Tuesday Maduro called on Bolivia's military to restore Evo Morales to power after the ex-president arrived in Mexico under political asylum. Maduro said the situation in Bolivia "could lead to a civil war." "I call on the military high command of Bolivia: be aware of what you are doing," Maduro told a meeting in support of Morales in Caracas. "Your commander in chief, by constitutional order and vote of the people, is called Evo Morales Ayma and you must return him to power," he said. "Don't repress the people. Do not kill the people."