20 years on, mass shooting epidemic continues in US 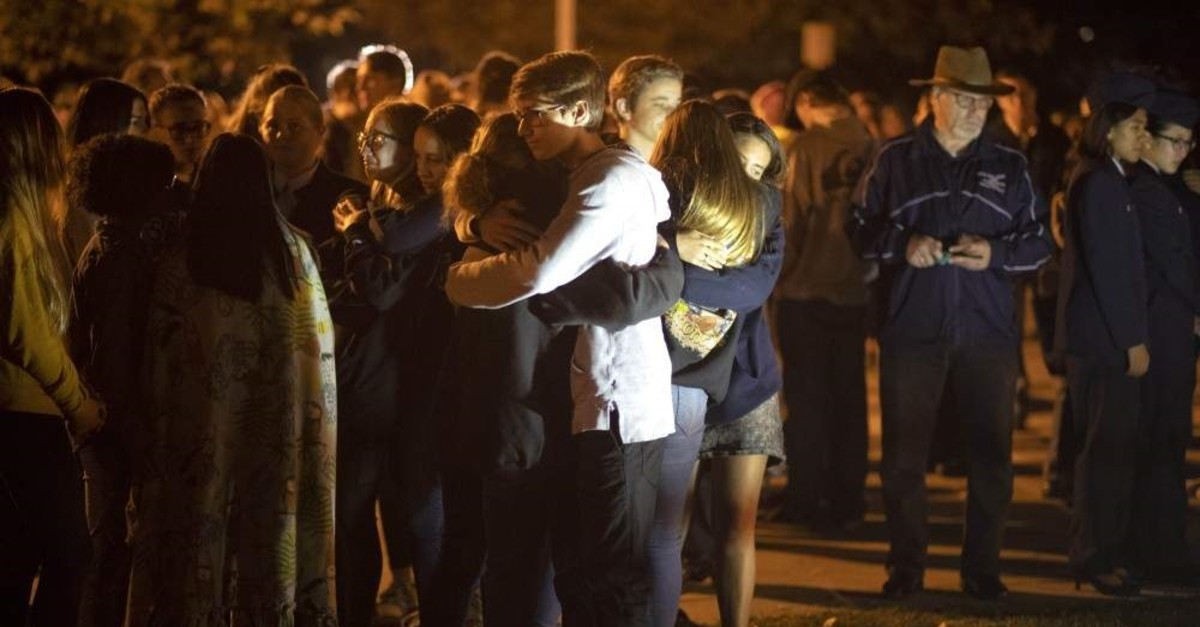 A 16-year old high school student in Southern California is suspected of killing two students and injuring another three on Thursday before turning the gun on himself in what was the U.S.’ latest in a relentless cycle of school mass shootings.

Saugus High School in Southern California lost two victims to a mass shooting, two girls aged 14 and 16. The attacker was reportedly taken to a hospital in critical condition. The suspect was described as an Asian male.

Authorities estimated that the whole incident happened in a span of 16 seconds, with the student suspect using a handgun that was found empty after the shooting happened.

Surrounded by a fence, the campus is entered through a limited number of gates each morning. There are no metal detectors in the area but instead a dozen security cameras.

The suspect has been described by fellow students and a neighbor as quiet and smart, and they gave no indication that he was capable of realizing such violence.

The two last decades have seen numerous school mass shootings in the U.S.

The public’s general stance on the Second Amendment remains divided, with some believing that the real problem lies in the people who commit these crimes and not the weapons they use to commit them.

There have been no serious countrywide bans of weapons as they continue to exist as a cultural symbol of the country, with countless mass shootings and school mass shootings happening each year. As a result, students in elementary and secondary schools now perform drills on how to act in an ‘’active shooter’’ situation on a regular basis.

The Southern California incident is the latest of more than 40 shootings at U.S. schools since as recently as May 2018, when a 17-year-old killed 10 people, eight of them students, in Santa Fe, Texas.

Texas Gov. Greg Abbott had met with experts and politicians following the Santa Fe shooting to discuss how to prevent them. Gun regulation, mental health issues and victims' needs were once again brought up following the shooting, with little to no effect on the usual trajectory of the shootings.

Gun ownership can be a point of pride for many in a state like Texas, and even some Santa Fe High School students spoke out against linking the shooting to the need for better gun control.

Many other deadly shootings have occurred throughout the years, leaving numerous students and teachers dead or injured.

One of the most memorable shootings happened in Columbine high school in Colorado in 1999, where 12 students and a teacher were killed by two male students who had gone on a rampage. The name Columbine had become synonymous with school shootings and is still remembered as such 20 years later. The two shooters became a key focus of American media for some time.

In 2007, a South Korean student of Virginia Polytechnic Institute opened fire on the campus, killing 32 students and professors before taking his own life.

The student had reportedly mailed a video of himself to police before the shooting, idolizing the Columbine shooters.

In 2012, the Sandy Hook Elementary school witnessed the killing of 20 children and six adults by a 20-year-old man who was reported to be mentally unstable. The shooter then committed suicide.

The victims’ parents had led countless campaigns with the aim of toughening gun control laws, but they have been mostly unsuccessful.