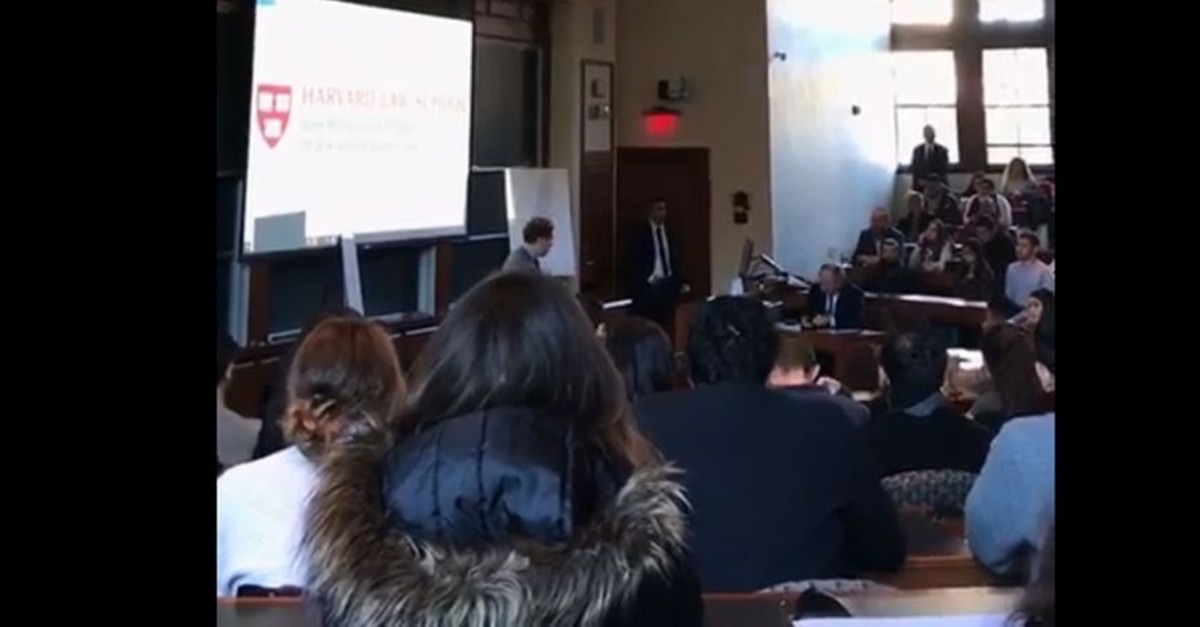 Harvard University law students on Friday walked out on a lecture held by the Israeli Consul General in New York, Dani Dayan.

Dayan was due to talk on “The Legal Strategy of Israeli Settlements” in Israeli-blockaded Palestine when the students stood up, lifted placards reading “Settlements are a war crime” and walked out of the room.

“100+ students at @Harvard_Law walk out on a talk hosting extremist settler leader and current Consulate General of Israel in New York, Dani Dayan. Dayton was left to speak to an almost empty room,” tweeted a Masters Student of Islamic Studies at Harvard Divinity School.

The Harvard College Palestine Solidarity Committee (Harvard PSC) posted a video that shows students participating in the silent walk-out of the event.

Many social media users, including the activists, criticized Harvard’s invitation to the Israeli Counselor to deliver a speech amid the latest Israeli attacks on civilians in the Gaza Strip.

Since 2007, the Gaza Strip has been under a crippling Israeli and Egyptian blockade that has gutted its economy and deprived its roughly 2 million inhabitants of many vital commodities, including food, fuel and medicine. In the long-embargoed enclave, the humanitarian situation has grown worse by the day.
The U.N. Relief and Works Agency (UNRWA) earlier said there are now some 620,000 Gazans who live in abject poverty, meaning those who cannot cover their basic food needs and who have to survive on $1.6 per day, and nearly 390,000 absolute poor.

Israel's long-standing blockade also creates serious obstacles for Gazans to have access to a variety of medical supplies. The humanitarian situation in the occupied Palestinian territories has deteriorated further as hospitals struggle to cope with high casualties since protests on the Gaza-Israel border began last year.

Gaza's health system of 13 public hospitals and 14 clinics, run by nongovernment organizations, has buckled under persistent blockade-linked shortages of medicine and surgical supplies. The medicine shortage rate is 50% in the enclave and lack of medical supplies is 27%, according to the Islamic Committee of the International Crescent regional representative Omar Tasli.