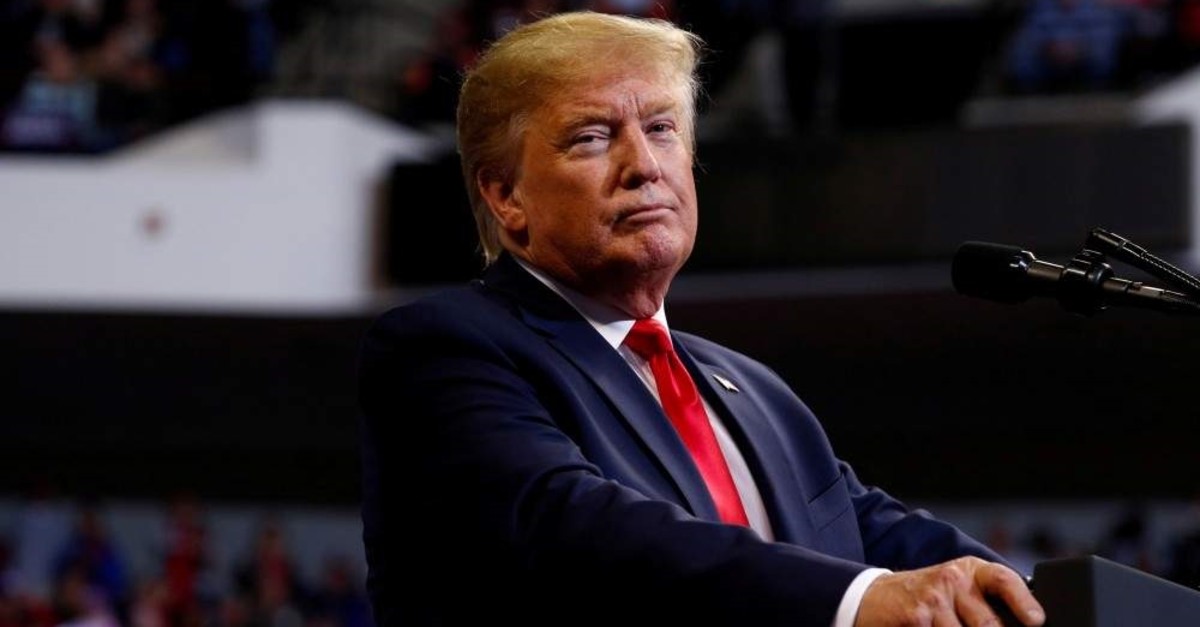 | Reuters Photo
by Nov 18, 2019 5:14 pm
U.S. President Donald Trump on Monday said he is "strongly" considering answering a challenge from opposition Democrats to testify in his own impeachment investigation.
After the speaker of the lower house, Nancy Pelosi, upped the ante by suggesting that Trump come forward to tell the "truth," the Republican president said he was keen.
Pelosi suggested "that I testify about the phony Impeachment Witch Hunt. She also said I could do it in writing," Trump tweeted. "Even though I did nothing wrong, and don't like giving credibility to this No Due Process Hoax, I like the idea & will, in order to get Congress focused again, strongly consider it!"
Pushing back against accusations from the Republican president that the process has been stacked against him, Pelosi said Trump is welcome to appear or answer questions in writing, if he chooses.

“If he has information that is exculpatory, that means ex, taking away, culpable, blame, then we look forward to seeing it,” she said in an interview that aired Sunday on CBS’ "Face the Nation.” Trump “could come right before the committee and talk, speak all the truth that he wants if he wants,” she said.

The comments come as the House Intelligence Committee prepares for a second week of public hearings as part of its inquiry, including with the man who is arguably the most important witness. Gordon Sondland, Trump’s ambassador to the European Union, is among the only people interviewed to date who had direct conversations with the president about the situation because the White House has blocked others from cooperating with what it dismisses as a sham investigation. And testimony suggests he was intimately involved in discussions that are at the heart of the investigation into whether Trump held up U.S. military aid to Ukraine to try to pressure the country’s president to announce an investigation into Democrats, including former Vice President Joe Biden, a leading 2020 candidate, and Biden’s son Hunter.

Multiple witnesses overheard a phone call in which Trump and Sondland reportedly discussed efforts to push for the investigations. In private testimony to impeachment investigators made public Saturday, Tim Morrison, a former National Security Council aide and longtime Republican defense hawk, said Sondland told him he was discussing Ukraine matters directly with Trump.