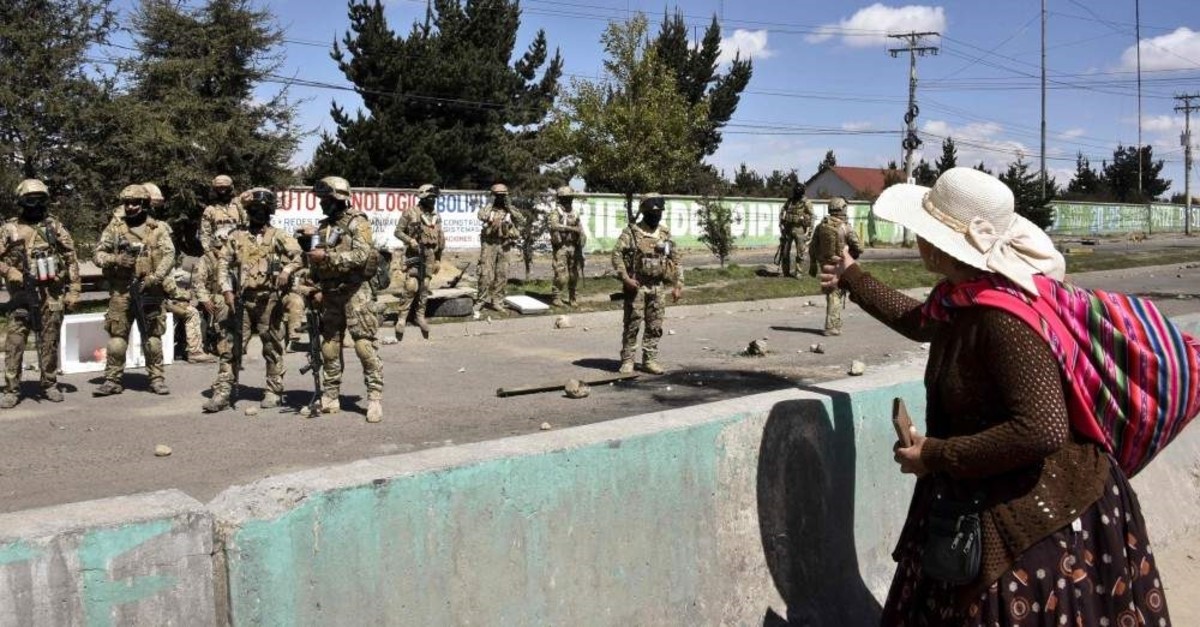 Bolivia’s self-proclaimed interim president sent a bill to congress on Wednesday to hold new elections.
The decision comes amid escalating violence that has claimed at least 32 lives since a disputed Oct. 20 vote and the subsequent resignation and exile of former President Evo Morales.
Officials raised the death toll by eight a day after security forces cleared a blockade of a fuel plant by anti-government protesters in the city of El Alto, near La Paz.
The public defender’s office and the state Institute of Forensic Investigations said the latest deaths happened in El Alto.

Bolivia has been in a state of turbulence since a disputed vote that, according to an international audit, was marred by irregularities.
Morales, who fled to Mexico after resigning on Nov. 10, has accused the Bolivian security forces of engaging in "genocide" against his indigenous supporters and called for action by the international community.
"This massacre... is part of a genocide that is happening in our beloved Bolivia," Morales told a press conference in Mexico City Wednesday.
The deadliest clashes occurred Friday in the central city of Cochabamba, a stronghold for Morales, where nine people were killed in a confrontation with the army and police.

Since Morales stepped down, his supporters have demonstrated daily in the streets of La Paz and in some provincial cities to demand interim President Jeanine Anez's departure.
The U.N., the EU and the influential Catholic Church have been trying to broker talks between Anez's interim government and opposition parties loyal to Morales to end the violence.