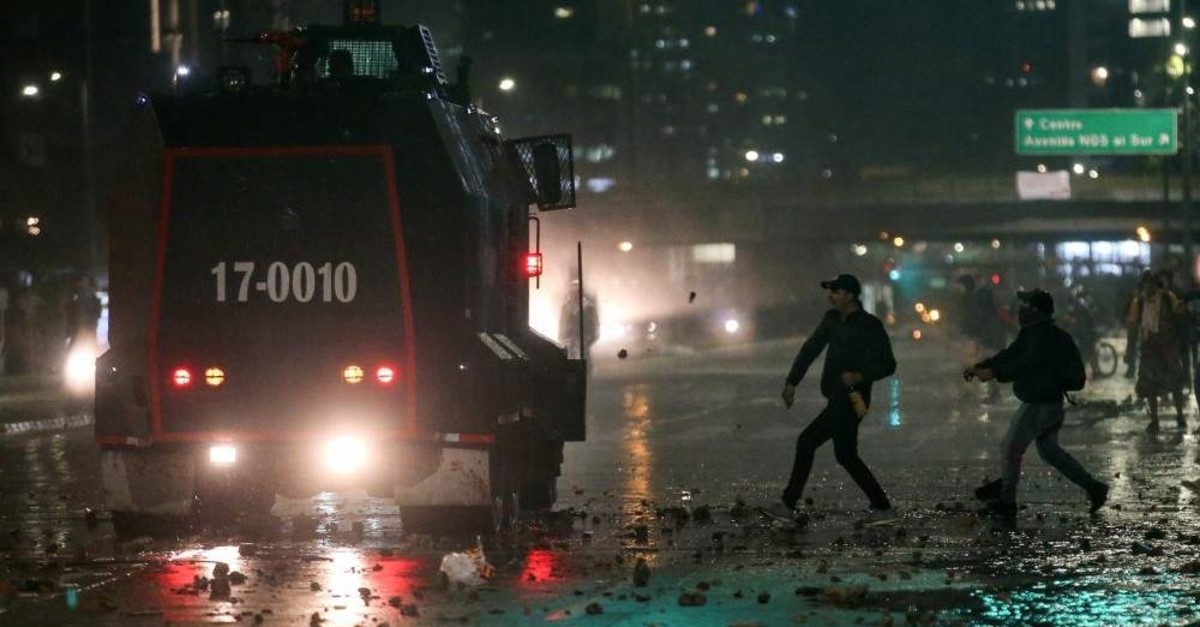 Hundreds of thousands of Colombians took to the streets of the capital Bogota on Thursday in order to protest President Ivan Duque’s government, amid a general strike.

Colombian people across the country took part in mostly peaceful rallies but the demonstrations in Bogota took a violent turn when a small group of masked people threw eggs at police, who responded by firing tear gas, local media reported.

At one point, protesters tried to enter the nation’s congress and tore down a piece of black cloth protecting a historic building in the iconic Plaza Bolivar.

Authorities said dozens were injured, including 37 police officers and 42 civilians, most of whom sought medical treatment after inhaling tear gas. At least 36 people had been detained, though it was unclear how many would face charges.

Later in the day, Duque announced that he had heard the protesters' demands, but did not respond to their request for direct dialogue.

The Colombian office of the U.N. High Commissioner for Human Rights voiced concern over the deployment, saying states must limit the use of military forces "for the control of internal disturbances."

Analysts are nonetheless doubtful that Colombia’s protest will come close to resembling the mass demonstrations in Chile and elsewhere, noting several key variances, even if there are some similar underlying economic factors.

Unlike other recent protests, there is no specific crystalizing event that sparked the demonstration, but rather an array of complaints that vary widely depending on who is asked.