Bolivia's interim government appoints first ambassador to US in 11 years 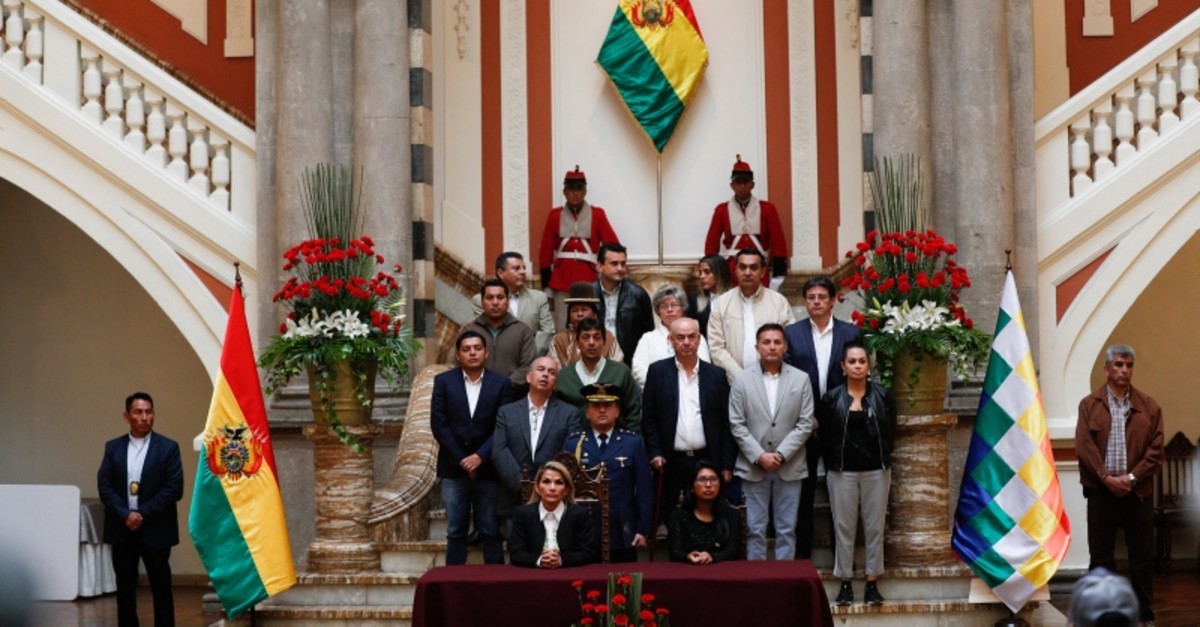 Bolivia appointed its first ambassador to the United States in 11 years on Tuesday, officials said, as the interim government resets the country's foreign policy after the ousting of Evo Morales.

Walter Oscar Serrate Cuellar has been given the key posting, the foreign ministry announced on Twitter, filling a position left vacant since a diplomatic spat between La Paz and Washington in 2008.

The high-profile appointment, which has to be approved by the Senate, comes as the caretaker government prepares to hold new elections that exclude Morales.

Serrate previously served as Bolivia's ambassador and permanent representative at the United Nations, the ministry said.

Ties with the United States were tense under Morales, who served as Bolivia's president for nearly 14 years.

Relations took a turn for the worse under former U.S. leader George W. Bush, with the expulsion of ambassadors from both countries in late 2008.

Morales resigned on Nov. 10 and fled to Mexico where he was granted political asylum after disputed Oct. 20 elections ignited street protests.

Morales, who had been seeking a fourth term, claimed victory, but opposition groups said the results were rigged.

Since declaring herself interim president, right-wing senator Jeanine Anez, who has been recognized by the United States, has wasted no time rewriting Bolivia's foreign policy.

She broke ties with socialist Cuba and Nicolas Maduro's Venezuela.

Bolivia also fired all its ambassadors except those to Peru and the Vatican.

Tuesday's announcement comes as some 20 former members of Morales' government are holed up in Mexico's embassy in La Paz, the foreign ministry said.

Five of them – including Morales' former top minister Juan Ramon Quintana – are wanted for arrest.

Both Morales and Quintana have been accused of sedition and terrorism.

Federal prosecutors are investigating allegations that Morales, after arriving in Mexico, encouraged his supporters to maintain roadblocks that caused severe food and fuel shortages in La Paz.

Interior Minister Arturo Murillo played a telephone recording to journalists last Wednesday, allegedly of Morales issuing instructions to a leader of the opposition movement in Bolivia.

Bolivia has lodged a formal protest to Mexico over Morales's remarks, saying they "contravened" his political asylum status.

Looming new elections and talks between the interim government and opposition groups have helped defuse tensions after weeks of unrest that left dozens dead.

Normal activities are resuming in La Paz and other cities with schools and businesses reopening this week and blockades of major transport routes mostly removed.

An eight-point agreement released by the government pledged, among other things, to set up a commission to free protesters who had not committed any crimes.