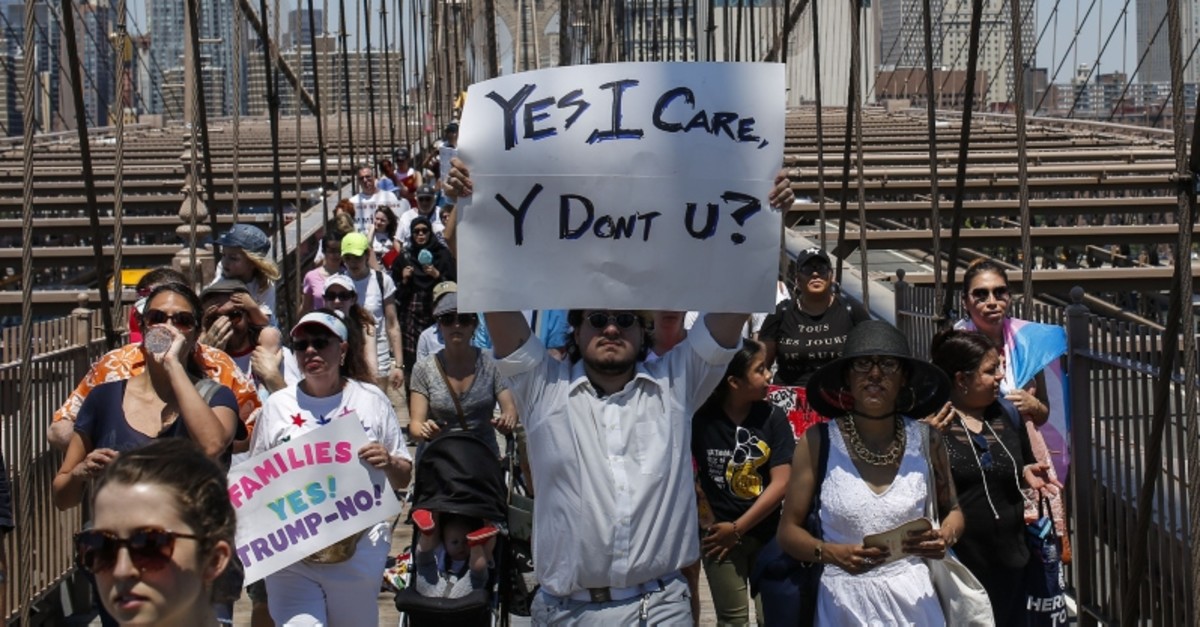 People take part in the nationwide ,Families Belong Together, march as they walk over the Brooklyn Bridge on June 30, 2018 in New York City. (AFP Photo)
by Associated Press Nov 27, 2019 11:10 pm

A report has revealed that the U.S. government didn't have the technology needed in 2018 to properly document and track thousands of immigrant families separated at the southern border.

The report released Wednesday by the Department of Homeland Security's Office of Inspector General found the agency lacked proper systems when Border Patrol agents took children from parents set to be criminally prosecuted for illegal entry.

The report says the problem resulted in agents having to delete prior entries documenting families who arrived together and replace them with references to "single adults" and "unaccompanied children."

Some of the technology was upgraded after the separations ended.

An email seeking comment from Homeland Security was not immediately returned.