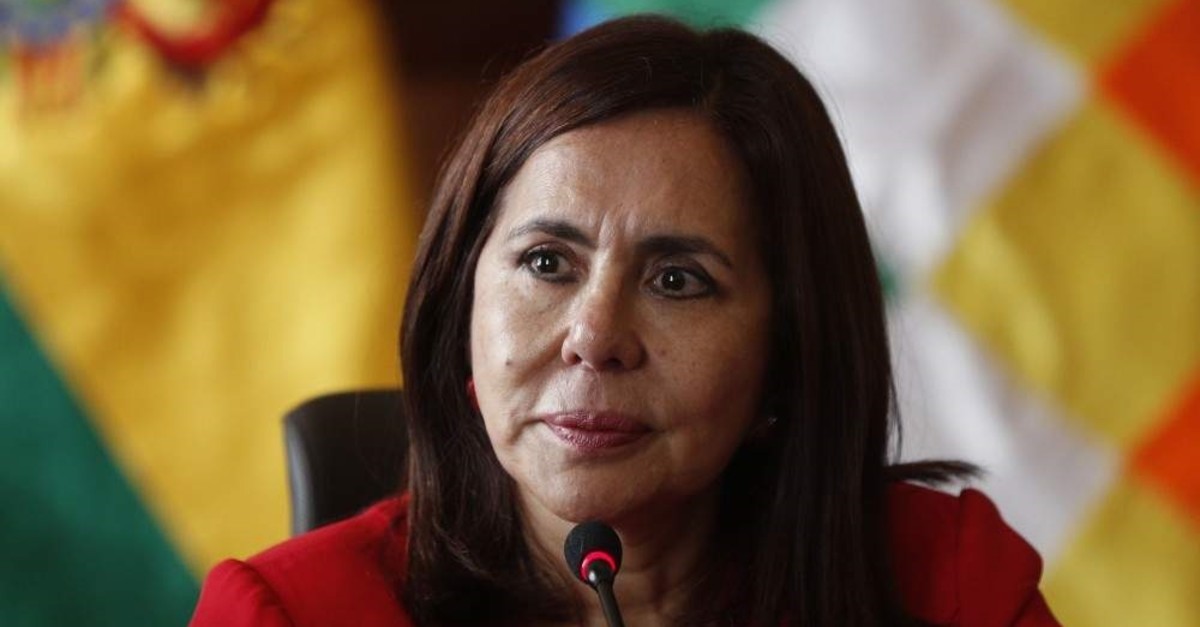 Bolivia's Foreign Minister Karen Longaric attends a press conference introducing the newly appointed ambassador to the United States, at the Foreign Ministry in La Paz, Bolivia, Thursday, Nov. 28, 2019. (AP Photo)
by Nov 28, 2019 8:54 pm
Bolivia said Thursday it is restoring diplomatic relations with Israel, which it severed in 2009 under then president Evo Morales over Israeli attacks on the Gaza Strip.
Foreign Minister Karen Longaric made the announcement in a meeting with foreign reporters, without giving a date for the establishment or giving any other details.
Morales resigned Nov. 10 and fled to Mexico after a disputed election triggered days of deadly street protests.
He cut off relations with Israel in December 2008 after an Israeli attack on Gaza in which hundreds of Palestinians were killed. He also classified Israel as a terrorist nation and cancelled an accord under which Israelis could visit Bolivia without a visa.
"It was a political measure that did not take into effect the collateral effects, such as economic and trade issues," said Longaric, adding that restoring these ties would be good for the Bolivian tourism industry.
Bolivia has recognized Palestinian statehood since the 1980s.
Last Update: Dec 20, 2019 2:00 am
RELATED TOPICS