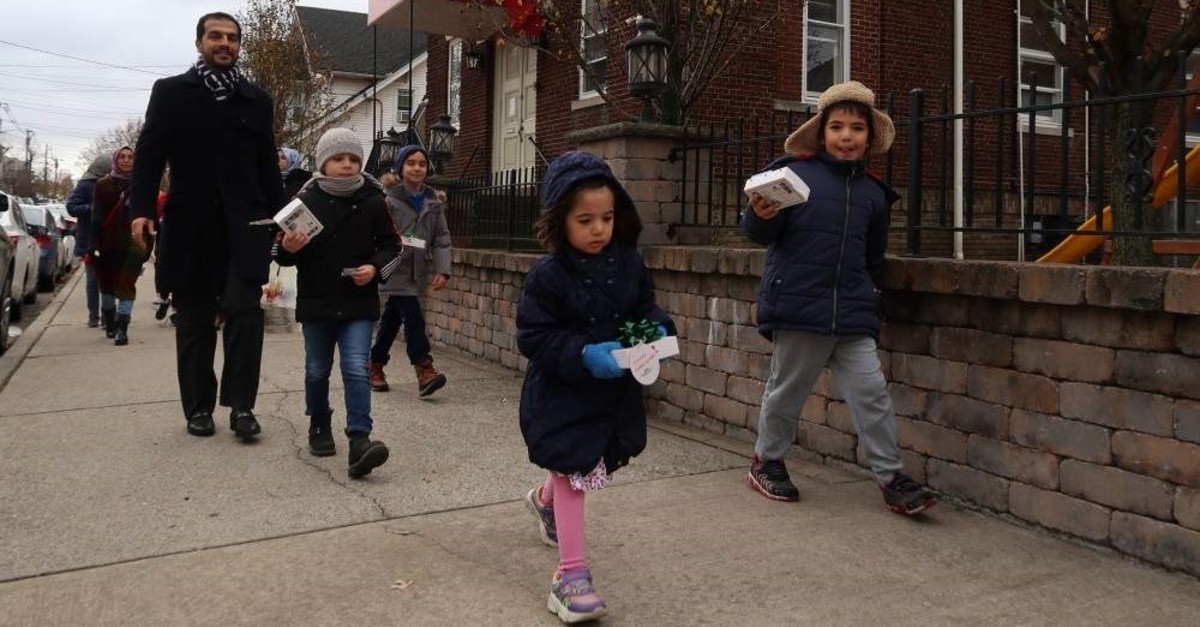 Imam of a Turkish mosque in New Jersey and his students offered baklava to American neighbours for Thanksgiving. (AA Photo)
by Daily Sabah with AA Nov 29, 2019 12:41 am

The Turkish community of a mosque in New Jersey in the U.S. offered “baklava,” a popular Turkish dessert widely consumed during special days, to their American neighbors as a Thanksgiving gesture.

Ahmet Babür, imam of the Diyanet Mosque of Bergen and his students knocked on each door in their neighborhood over the weekend to celebrate Thanksgiving and offer the Turkish dessert made of layers of thin dough brushed with butter and sugar syrup.

Babür told Anadolu Agency that Thanksgiving is celebrated across the U.S. as a cultural holiday “we decided to celebrate their day with something that is part of our culture.”

Babür stressed that such special occasions are a good opportunity to develop a relationship with American neighbors, adding that these kinds of activities are important to show that they are also a part of society.

He added that they organized a similar event during last year’s Thanksgiving for the first time with great feedback and reciprocation from their neighbors, and their dialogue had improved since then.