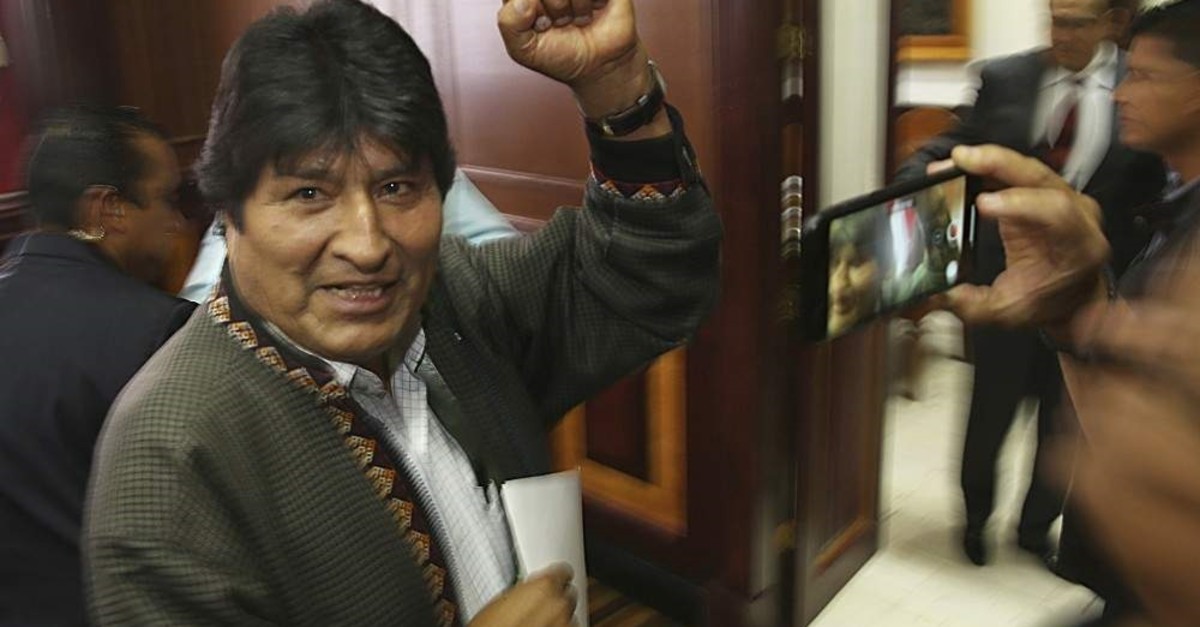 Bolivia's interim government has announced that general elections will be held in March 2020, local media reported Sunday. "We will begin the countdown from Dec. 23. We will have four months until April 23 to conclude the process," said Jerjes Atala, chief of staff of the interim government, according to Caracas-based broadcaster TeleSur.

Winning candidates need more than half of the votes, or 40%, with a 10-point advantage over the runner up, according to the electoral law of the country. He recalled that Bolivia's bicameral assembly has 20 days to choose a new election commissioner, who will call for elections within 48 hours.

Morales, Bolivia’s first indigenous leader who had been in power since 2006, stepped down on Nov. 10 amid widespread protests against him. His government collapsed after his ruling party allies quit and the army urged him to step down, a tactic that many countries denounced as a “coup.” The socialist leader fled to Mexico where he was granted political asylum. Mexican President Andres Manuel Lopez Obrador said Sunday that former Bolivian leader Evo Morales was the "victim of a coup d'etat." Speaking to a crowd of supporters in Mexico City, the leftist president recalled his government's decision to accept Morales as an asylum seeker while discussing Mexico's foreign policy. "Evo was the victim of a coup d'etat! And from Mexico, we tell the world, 'Yes to democracy, no to militarism!'" Obrador said during the rally in the central Plaza del Zocalo.