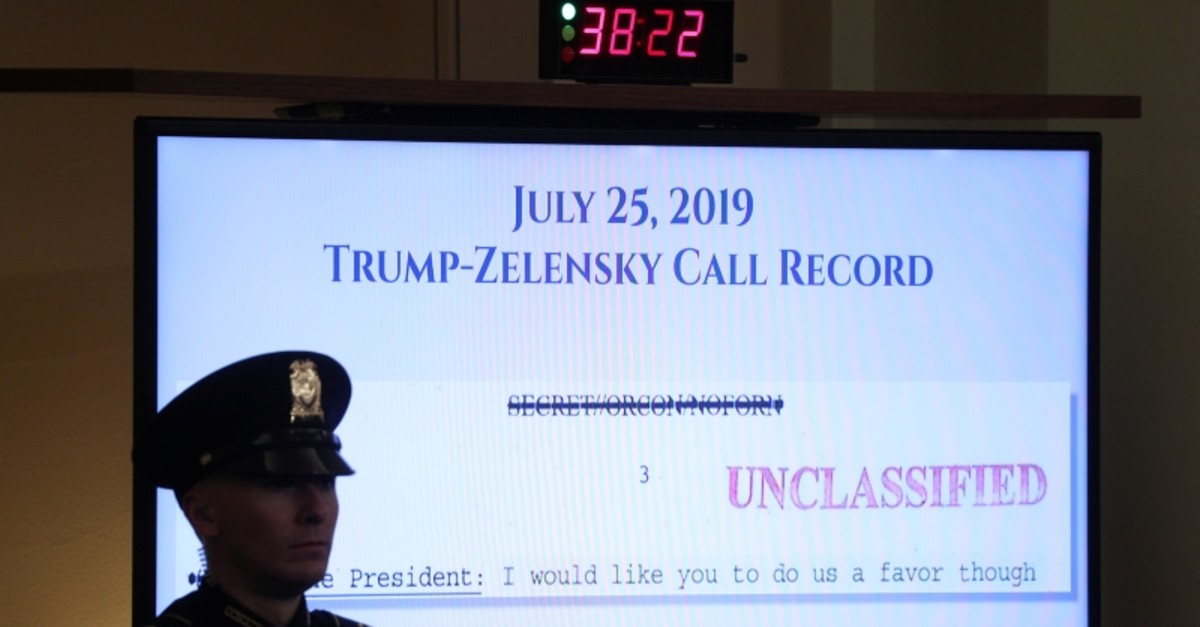 Three legal scholars told lawmakers on Wednesday they fully believed that US President Donald Trump had committed actions that rise to the level of impeachable offenses, as the second phase of the inquiry kicked off in the House Judiciary Committee.

A fourth scholar, Jonathan Turley, who was called by the Republicans to testify, disputed the claims, saying the evidence was not sufficient and accusing the Democrats leading the impeachment inquiry of letting emotions, in particular anger, cloud their judgement. 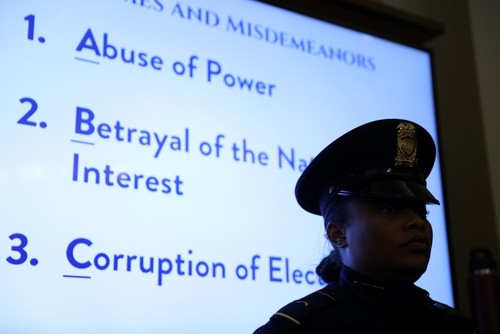 "President Trump has committed impeachable high crimes and misdemeanors, by corruptly abusing the office of the presidency," said Noah Feldman, a professor on constitutional law from Harvard and the opening witness called by the Democrats.

Feldman said that in his view Trump abused his office and subverted the national interest "in order to gain personal political advantage" in the upcoming election, by pressuring Ukraine to dig up dirt on his domestic political rival, Joe Biden.

"Drawing a foreign government into our elections is an especially serious abuse of power," said the second witness, Pamela Karlan, a professor from Stanford. "President Trump must be held to account."

Worries over foreign interference in the elections has cast a long shadow over Trump. The report by special counsel Robert Mueller, released this year, showed Russia intervened in 2016, aiding Trump. 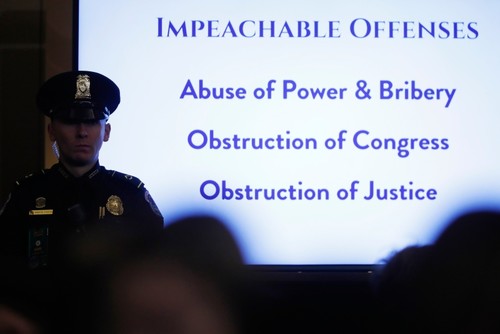 A theme that emerged from the three witnesses was a sense of urgency in carrying out the impeachment inquiry, noting that in less than a year the country goes to elections which are at risk without a check on the executive branch.

"If you don't impeach a president who has done what this president has done ... then what you're saying is it's fine to go ahead and do this again," said Karlan.

"If what we are talking about is not impeachable, then nothing is impeachable," said Michael Gerhardt, from the University of North Carolina.

Republicans are basing their defense of the president in large part on the speed of the inquiry, while also disputing the evidence against Trump. They have further accused the Democrats of seeking Trump's ouster from his first day in office. 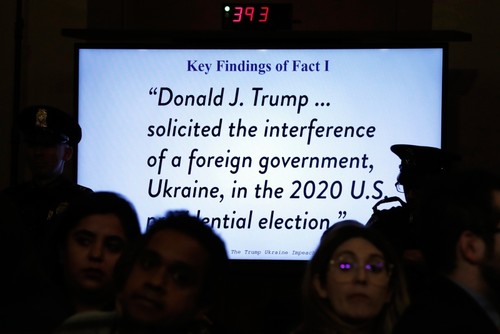 The second phase of the impeachment inquiry is focused on the constitutional framework for the steps forward, likely leading to the Democratic lawmakers drawing up articles of impeachment against Trump.

All signs indicate that the Democrats are keen to hold a floor vote on impeaching the president in the House of Representatives before Christmas. Republican lawmakers remain uniformly behind Trump.

While Turley, a law professor, conceded that Trump's dealing with Ukraine were not perfect - rejecting the language the president has used to defend himself - he said the current process was "wrong" and presented risks to future presidents.

Turley warned about "lowering impeachment standards to fit a paucity of evidence and an abundance of anger." The current investigation "fails to satisfy the standards of past impeachments."

The intelligence committee in the Democratic-controlled House of Representatives ended the first phase by issuing a 300-page report on Tuesday. A vote saw the report adopted strictly along party lines.

Trump is accused of abusing the power of his office by running a "pressure campaign" with his inner circle to coerce Ukraine into digging up dirt on Biden, a Democrat, ahead of elections next year.

Trump, a Republican, allegedly conditioned a meeting at the White House and nearly 400 million dollars in military aid on Ukraine announcing a corruption probe into Biden.

"The evidence of the President's misconduct is overwhelming, and so too is the evidence of his obstruction of Congress," charged the Democrats' report, which is based largely on weeks of testimonies by top government officials.

"The president placed his personal political interests above the national interests of the United States, sought to undermine the integrity of the US presidential election process, and endangered US national security," the report said.

The White House denounced the "sham process" and noted that the three witnesses accusing the president of severe offences have previously voiced concerns about him.

A Republican authored report this week similarly slammed the entire impeachment inquiry, blaming "unelected bureaucrats" for the investigations against the president.

Trump's legal team is not participating in the hearing, with aides saying they do not want to legitimize the event.