Former US Secretary of State Kerry endorses Biden for president 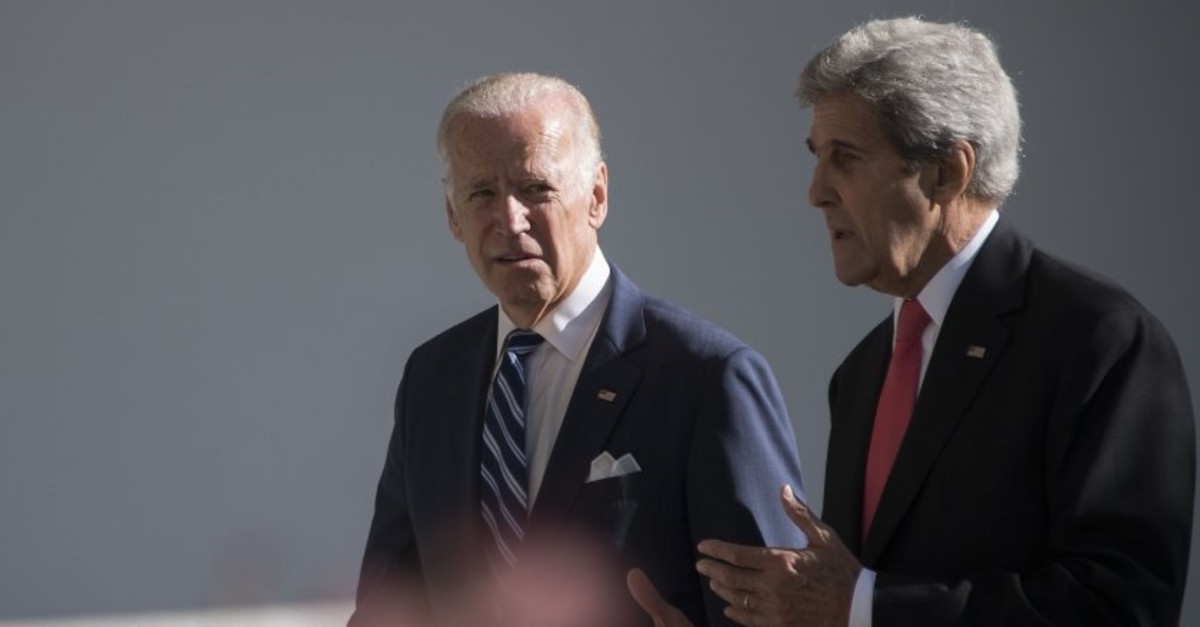 Former US secretary of state John Kerry, who lost to George W. Bush in the 2004 presidential election, endorsed Joe Biden on Thursday as the Democratic candidate for next year's White House race.

Kerry, 75, said the former vice president to Barack Obama and longtime senator from Delaware "is the president our country desperately needs right now."

"I've never before seen the world more in need of someone who on day one can begin the incredibly hard work of putting back together the world Donald Trump has smashed apart," Kerry said in a statement.

Kerry, a former senator from Massachusetts, served as secretary of state during Obama's second term in office. Kerry and Biden also served for more than two decades together in the US Senate.

Biden, 77, is the current frontrunner in the race for the 2020 Democratic presidential nomination, according to an average of national polls by RealClearPolitics.com.

"I don't endorse lightly," Kerry said. "Joe and I both got into public service to make our country fairer for people and make the world safer.

"I've watched Joe do exactly that as a senator, statesman, and vice president," he said.

"Joe will defeat Donald Trump next November," Kerry continued. "He's the candidate with the wisdom and standing to fix what Trump has broken, to restore our place in the world, and improve the lives of working people here at home."

Kerry said he would join Biden on Friday in Iowa, which holds the first vote in February of the Democratic primary season, and travel with him to New Hampshire, another early-voting state, on Sunday.