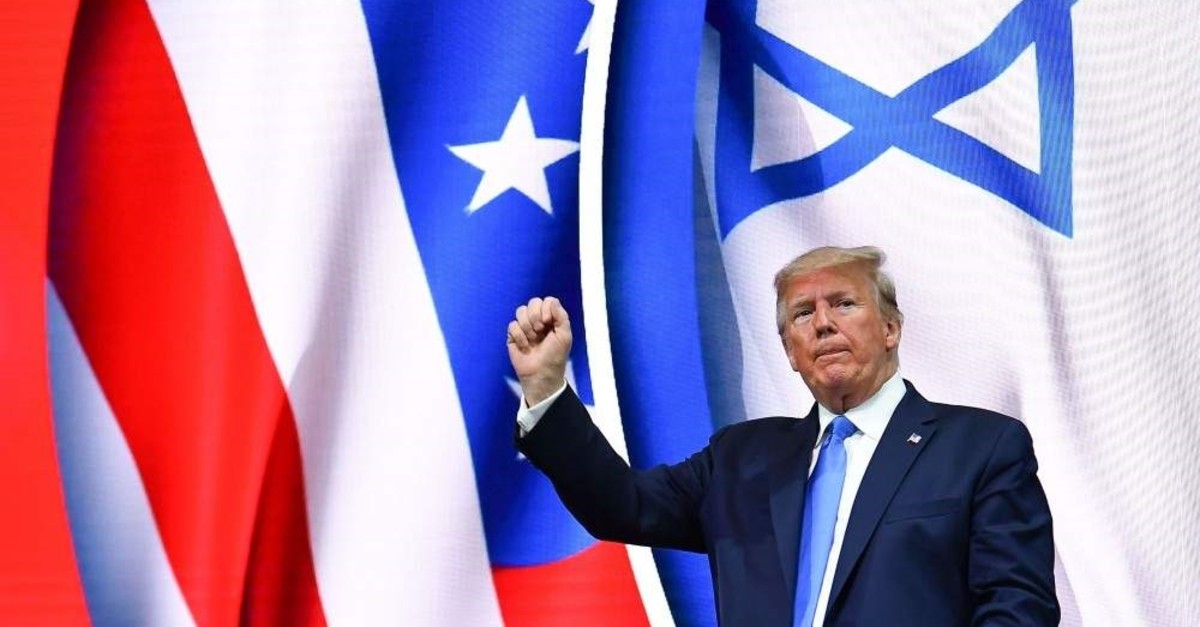 U.S. President Donald Trump aimed to make inroads Saturday in the politically important Jewish-American vote with a Florida speech where he declared himself the best friend Israel has ever had.

At a conference in Hollywood, Florida, the Republican real estate magnate said Jewish-Americans had been wrong to vote for Democrats under his predecessor Barack Obama. "So many of you voted for people in the last administration," he said. "Someday you'll have to explain that to me because I don't think they liked Israel too much." By contrast, Trump said, "the Jewish state has never had a better friend in the White House than your president, Donald J. Trump."

Trump, who is hoping to repeat his 2016 strategy next year by winning reelection through the strategic accumulation of electoral college votes in key states, has worked especially hard to woo Jewish-Americans. Israel has enjoyed strong U.S. support under the Trump administration which, in a highly controversial move, overturned decades of U.S. policy to recognize the holy city of Jerusalem as the capital of Israel in 2017.
Earlier in 2019, Trump also recognized Israeli sovereignty over the Golan Heights, which Israel seized Syria in the 1967 Six-Day War, along with the West Bank and east Jerusalem. Last month, the Trump administration again broke with decades of international consensus when it said that it would no longer consider Israeli settlements on occupied Palestinian lands in the West Bank illegal. The policies are also highly popular with right-wing evangelical Christian Republicans, a vital part of Trump's support base.

Trump’s son-in-law and senior adviser Jared Kushner has also been tasked with hammering out a peace plan, named the “deal of the century” to resolve the bitter Israeli-Palestinian conflict. However, it failed to address key Palestinian demands such as the establishment of their own independent state. The White House has said its Mideast peace plan is complete and had promised to release it after the Israeli elections in September. The long-delayed plan remains under wraps, and Israel appears headed for its third round of elections this year.