US officials lied to Americans about Afghanistan war: report 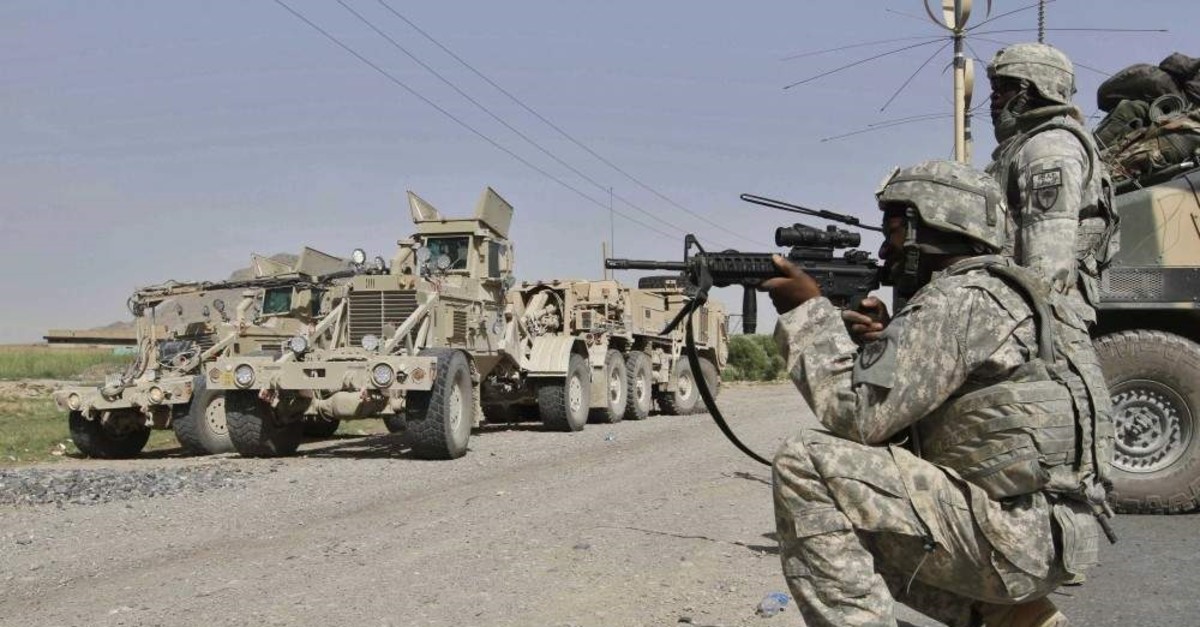 A U.S. soldier looks at an approaching man through the sights of his assault rifle as soldiers provide security during investigations at a site of a suicide attack in Kandahar, Afghanistan, May 20, 2010. (AP Photo)
by Anadolu Agency Dec 09, 2019 10:10 pm
U.S. officials have consistently misled the American public on the country's longest-running war, according to internal government documents released by The Washington Post newspaper on Monday.
The trove of over 2,000 pages includes previously unpublished notes from a federal project examining the failures of the over 18-year Afghan war. They include comments from top military commanders and diplomats that the government had tried to keep out of the public domain.
But the Post won the right to publish them following a three-year legal battle, exposing oftentimes blunt assessments of the quagmire.
"If the American people knew the magnitude of this dysfunction... 2,400 lives lost," Douglas Lute, the three-star U.S. Army general who led the war effort under former President George W. Bush and President Barack Obama, told interviews working on the project in 2015. "What are we trying to do here? We didn't have the foggiest notion of what we were undertaking."
Lute was referring to the official Pentagon death toll for the three-quarters of a million service members who have been deployed to Afghanistan since the U.S. invaded in 2001. Over 20,000 others have been wounded.
The U.S. Agency for International Development, the Pentagon and U.S. State Department have spent or allocated between $934 billion and $978 billion on the war and rebuilding efforts, according to an assessment from Neta Crawford, a political science professor and co-director of the Costs of War Project at Brown University, cited by the Post.
That sum does not include expenditures from the CIA, the Department of Veterans Affairs, or other relevant agencies, however, making the real total likely to eclipse $1 trillion.
"What did we get for this $1 trillion effort? Was it worth $1 trillion?" Jeffrey Eggers, a Bush and Obama White House staffer and former Navy SEAL, said. "After the killing of Osama bin Laden, I said that Osama was probably laughing in his watery grave considering how much we have spent on Afghanistan."
The frank assessment flies in the face of the public narrative continuously marched out by the Pentagon and State Department that the U.S. is making progress in the war in Afghanistan, and that it is in fact worth the costs — both human and economic — being tallied up as it continues without an end in sight.
"Every data point was altered to present the best picture possible," Bob Crowley, a U.S. Army colonel who helped lead counterinsurgency efforts under Obama in 2013 and 2014, told interviewers. "Surveys, for instance, were totally unreliable but reinforced that everything we were doing was right and we became a self-licking ice cream cone."
John Sopko, the head of the Office of the Special Inspector General for Afghanistan Reconstruction which led the project, acknowledged in comments to the post that the documents show "the American people have constantly been lied to."
In all, the documents obtained by the Post identify just 62 of the interviewees while 366 others were allowed to remain anonymous following the protracted legal battle between the Post and Sopko's office, known in shorthand as SIGAR.
The agency argued in court that the 366 individuals should be treated as whistleblowers who could face retaliation if their names were to be published. A final decision has yet to be reached, but the Post went ahead with publication rather than await a ruling that could potentially side with the agency.
Last Update: Dec 20, 2019 2:16 am
RELATED TOPICS