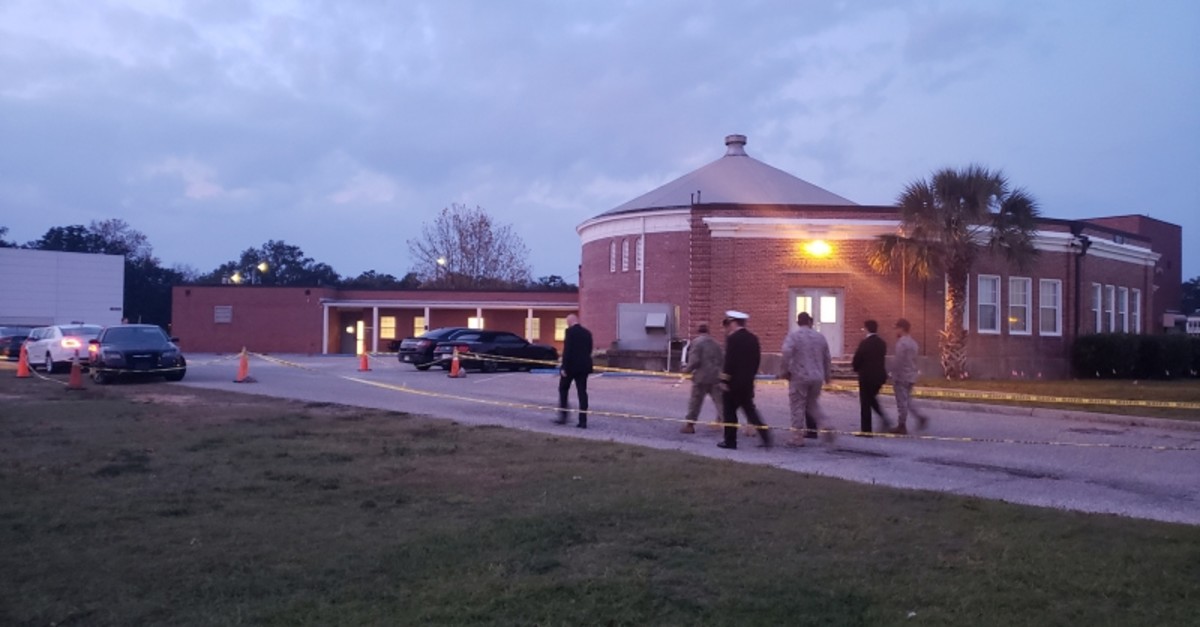 Saudi Arabia Defense Attache Major General Fawaz Al Fawaz and his Embassy staff and other officials arrive to meet with the Saudi students who remain restricted to the Naval Air Station (NAS) Pensacola base (FBI Jacksonville/Handout via REUTERS)
by Daily Sabah with Reuters Dec 10, 2019 10:59 pm

Nearly 175 Saudi Arabian military aviation students have been grounded as part of a "safety stand-down" after a Saudi Air Force lieutenant shot and killed three people last week at a U.S. Navy base in Florida, U.S. officials told Reuters on Tuesday.

After a Saudi Air Force student's deadly attack at a U.S. Navy base, U.S.-Saudi Arabia relations has come under the spotlight, with some raising parallels to the 9/11 attacks.

The shooting marks a setback in the kingdom's efforts to cast off its longstanding reputation for promoting extremism after the Sept. 11, 2001 attacks, in which 15 of the 19 hijackers were Saudis.

The al-Qaida-linked hijackers who flew planes into the World Trade Center, Pentagon and Pennsylvania countryside were Saudi citizens who had flight training in the U.S.

The suspected Pensacola shooter, identified by U.S. officials as Mohammed Saeed Alshamrani, was a member of the Saudi Air Force and was attending pilot training at the Naval Air Station in Pensacola, Florida.

The officials provided his name on condition of anonymity because it has not yet been released publicly. Three people were killed in the shooting, and eight were injured, including two sheriff's deputies. One of the deputies shot and killed Alshamrani.