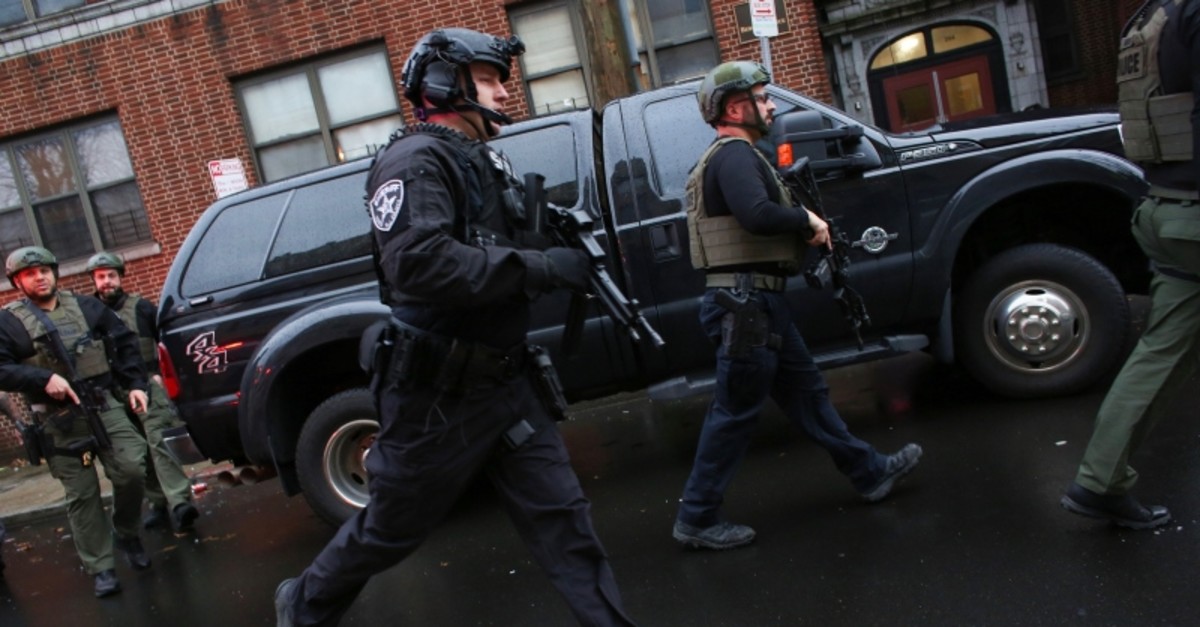 Several people, including at least one police officer, were killed in a shootout around a New Jersey grocery store across the Hudson River from Manhattan on Tuesday afternoon, prompting a security lockdown of area schools, officials and local media said.

Jersey City Mayor Steven Fulop told a news conference that there were multiple people deceased inside the store, where suspects reportedly had holed up and exchanged gunfire with law enforcement in a standoff that lasted for hours.

The New York Times said the dead included a police officer, three victims who were in the store and two suspected gunmen.

Local media also reported the shooting unfolded at or near the JC Kosher Supermarket, though a city official told reporters there was no evidence the bloodshed was terror-related.

Two more police officers and a civilian were wounded in the shootout but were in stable condition, the Hudson County Prosecutor's Office posted on Twitter. The deceased officer was a married father of five, NBC New York reported.

The standoff prompted a massive law enforcement deployment with local SWAT teams and federal agents rushing to the scene, as well as emergency services from the neighboring New York City Police Department.

All schools in Jersey City, which faces Manhattan across the Hudson River, were placed on lockdown which was lifted later in the afternoon, according to the mayor and local media.

The two wounded officers were being treated at the Jersey City Medical Center, the mayor wrote on Twitter.

Few official details of the gun violence were immediately available. But local media reported the confrontation between suspects and police started in or near a cemetery and was linked to a previous homicide investigation.

"Oh my God, it's like a movie. It's crazy ... Nothing I've ever seen before. I'm still shaking," an unidentified resident of the area told NBC's New York affiliate.

U.S. President Donald Trump said on Twitter: "Just received a briefing on the horrific shootout that took place in Jersey City, NJ. Our thoughts & prayers are w/ the victims & their families during this very difficult & tragic time.

"We will continue to monitor the situation as we assist local & state officials on the ground," Trump wrote.