US Department of State shares Nazi picture on war anniversary 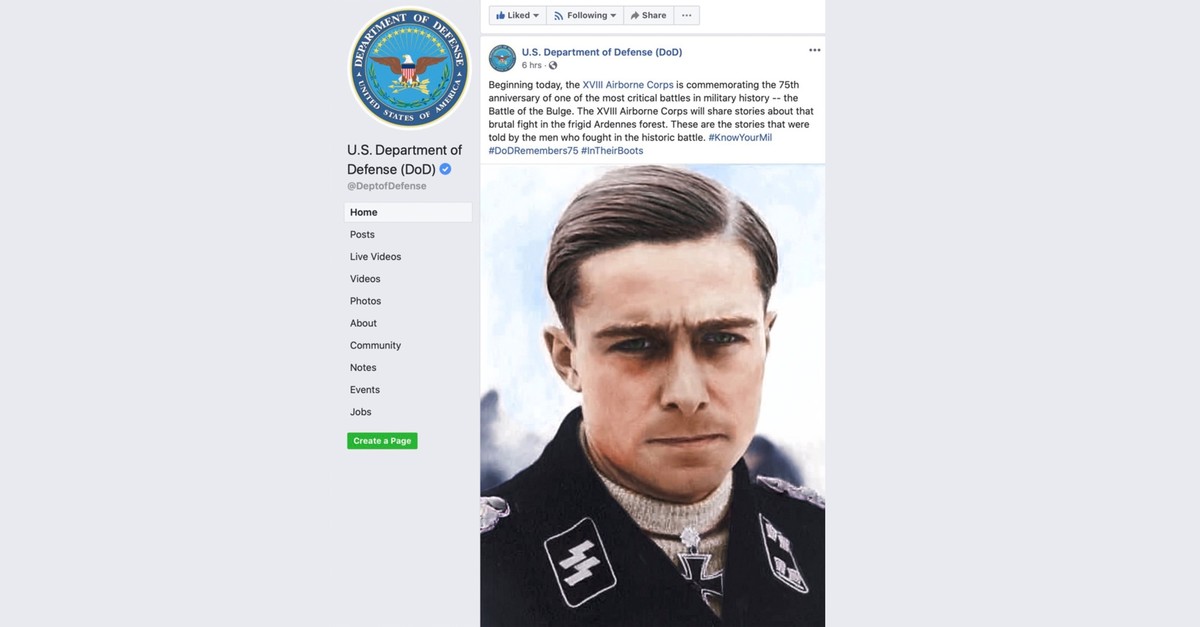 The U.S. Department of State shared a picture of a Nazi soldier on its Facebook account to mark the 75th anniversary of the Battle of the Bulge on Tuesday, sparking controversy over the post.

Brian Fickel, a U.S. military personnel shared the screenshot of the post as well as two U.S. army accounts, the XVII Airborne Corps and the 10th Mountain Division.

In the tweet, Fickel explained his outrage regarding the bizarre act, which led to a harsh reaction from the audience.

“I am dumbfounded by the decision to prominently display a Nazi on military social media on the 75th anniversary of the Battle of the Bulge,” he said, attaching the screenshots.

“This is shameful,” another user replied.

A user, whose father fought in the war, replied in a harsher tone.

“My dad was there. Why these departments choose to disrespect the memories of those who served the Allied Forces is beyond repulsive,” she said.