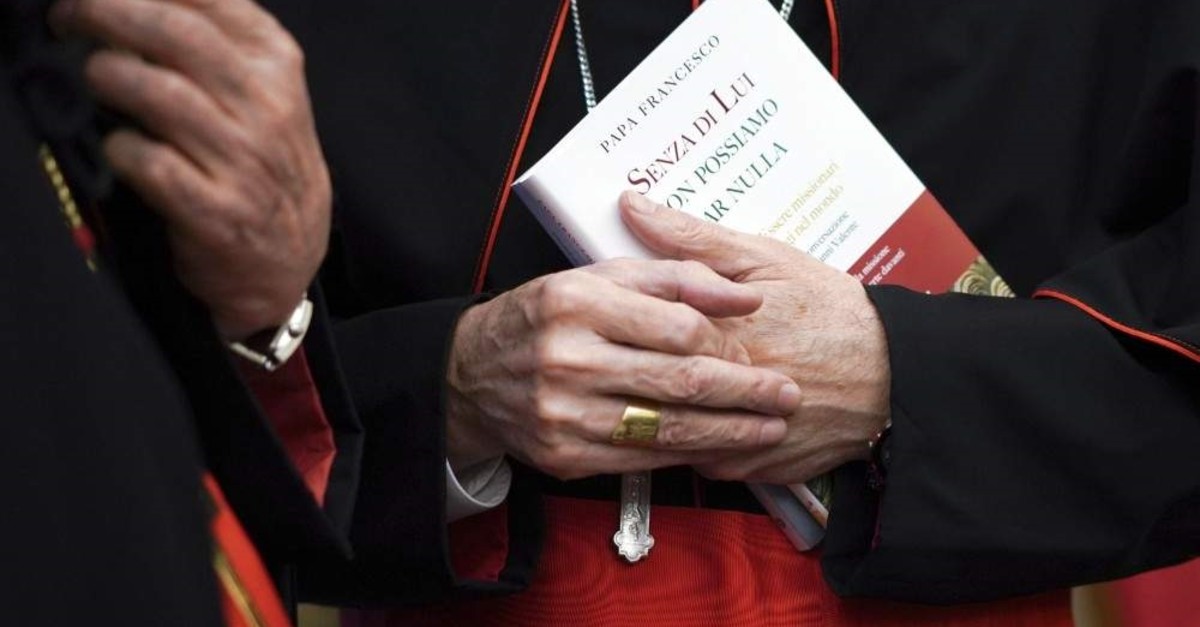 A priest during a Christmas greeting at the Vatican, Dec. 21, 2019. (EPA Photo)
by Dec 22, 2019 12:33 pm
At least 175 children were sexually assaulted by priests belonging to an ultra-conservative Mexican branch of the Roman Catholic Church, according to an internal report published Saturday.

The founder of the Legionaries of Christ, Marcial Maciel, abused as many as 60 children, with a total of 33 priests or deacons acknowledged to have committed sexual assaults against minors since 1941, the document says.

The findings of the report – written by a commission created in June by the director-general of the group, Eduardo Robles-Gil – spans from the group's founding in 1941 until Dec. 16, 2019.

"The vast majority of the victims were adolescent boys between 11 and 16 years old," the statement said, published on ceroabusos.org, which is supported by the Legionaries of Christ.

The report notes that 18 of the 33 individuals who committed abuses are still part of the organization, but says they have been removed from tasks connected to the public or minors.

Fourteen of the 33 had themselves been victims of the Legionaries, which the report said highlights the existence of "chains of abuse" where "a victim of a Legionnaire, over time, becomes, in turn, an aggressor."

"There are probably more cases of abuse than those in the report and the statistics will have to be updated regularly," it added.

Ceroabusos also notes that a process of "reparation and reconciliation" with 45 victims is taking place while acknowledging that it has yet to extend it to the others.

Maciel, who died in 2008, was ordered to retire to a life of prayer and penitence by Pope Benedict XVI in 2006 after facing years of allegations that he had sexually abused boys and young men. He never faced his accusers.
RELATED TOPICS